Upon the premiere of Angry Indian Goddesses at the Mumbai Film Festival (MAMI, for its organization by the Mumbai Academy of the Moving Image), I actually hunted down the chance to catch the film, which is being touted as India’s first female buddy film. The type of film I had been yearning for since I dipped my toes into the industry’s filmography, considering the amount of female stars it’s churned for the past 100 or 50 years.

My feelings were on a high- I laughed, felt indignation, was angry… gasped in disbelief and I may or may have not shed a tear or two there somewhere, so I got in touch with the production team to get the chance to pick on writer director Pan Nalin’s brain during the busy schedule of  promoting the film.

First of all, congratulations for the audience acceptance at this year’s Toronto Film Festival, and good luck on the film’s commercial release in India!

Considering how different films like Samsara and Valley of Flowers (probably the most well-known of your films) are compared to Angry Indian Goddesses, how does this one come to being? What’s the catalyst?

For me the film is a great story first, and based on what kind of film it is, I try to seek appropriate cinematic treatment. There is no way I could have made Samsara the way I made Angry Indian Goddesses (AIG) or vice versa. For many years, I was longing to do a film with firebrand Indian women in lead roles; I made several attempts to find financing for it but… I love great stories. I was attracted to the stories of many modern women, and also great heroic women of the past.

India witnessed rapid economic growth; and crashed right into the conflict of modernity versus traditions. Contemporary Indian women are at the center of this unfolding, torn, troubled and tarnished modern era. To move on with the times or stay with traditional values– or both? So I wanted to make a film which shows a reflection of that state of affairs, which Indian women are experiencing; career, society, love, family, sex… so while researching and writing AIG, it naturally transformed into one of the first film to put the “buddy-hood” of Indian women at the heart of the story.

There has always been a certain amount of female friendship films coming from countries like Japan, South Korea and China (which some would consider as traditional as India), why do you think it’s taken so long to have an Indian film that’s about women interacting with each other, not fighting over a guy or being the sole woman in a man’s world?

Yes, there have been movies about female friendships and sisterhood all over the world; Japan, South Korea and China have made many movies, even Turkey has made movies about such stories. However India is known for making male-buddy films for the last five decades! India makes a thousand films per year, but strangely I do not recollect any movie about bunch of women celebrating their friendship. Forget that, we have had very few movies where women are heroes! 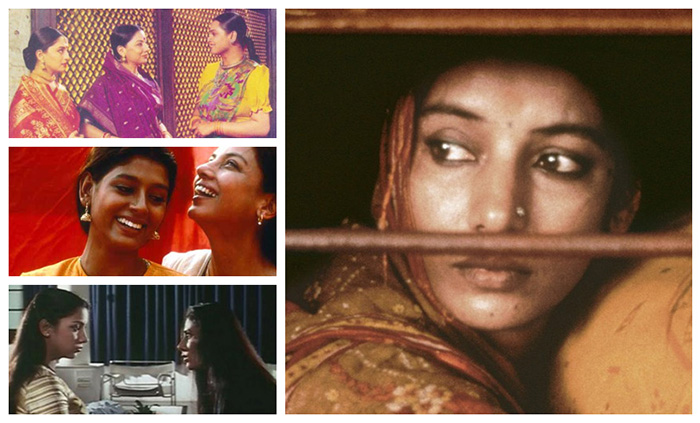 Well, at the top of my head, we had Madhuri Dixit with Shabana Azmi in Mrityudand, Azmi with Nandita Das in Deepa Mehta’s Fire… or Azmi with Smita Patil in Mahesh Bhatt’s Arth. Shabana Azmi is really the epitome of the Indian Heroine in my book… though Azmi and Patil are fighting each other for Kharbanda’s character in the latter.

It doesn’t look like India has a lack of female “heroes” per se, there just seems to be a lack of interest from the general public by labeling these as Parallel Cinema or “women-centric” films. Do you think this is part of how the media received these stories?

Media and marketing is playing a very big role in what needs to be promoted and what audience wants to see. I agree, there have been films in India where women are heroes; but compare the ratio? Umrao Jaan to Piku or Queen— there are wide, very wide gaps!

Also films like Mrityudand or Mardaani came, but they made women perform like men! All their acts were “male-centric.” India does not lack women and talent, in fact, some women working in the industry are far way more talented than men; like Deepika Padukone or Priyanka Chopra! Indian public is ready to receive great stories, but so called women-centric films still don’t get marketed as “male-centric” films, thus they fail to receive proper media attention.