The Fangirly Diary of a Geek Girl: Thanks for all the feels~

Greetings, my fellow geeks. This week there wasn’t much high profile news, but I am thankful for the fandom news. Americans were a tad too busy with Turkey Day, apparently. Of course, nobody is as busy as Benedict Cumberbatch seems to be. Anyway, this is how the week started:

Ben Affleck is having problems adapting Stephen King’s The Stand; which makes me sad. He also politely declines working with Michael Bay ever again, which makes me LOL.

Talking about Bay, I am still not feeling his Ninja Turtles movie. Especially since there’s a superior version on Nickelodeon right now, where the ninja turtles are actually teenagers and mutant. But Kevin Eastman, co-creator of the Teenage Mutant Ninja Turtles, said:

We’re talking about being inspired by movies like The Avengers for scope and roots origin and The Raid: Redemption for fight scenes and Rise for the Apes as far as computer-quality style.

Apparently, Ian McKellen cried tears of frustation when he had to film a scene with pictures on sticks as dwarves, which “stretches your technical ability to the absolute limits”.

And I cried, actually. I cried. Then I said out loud, ‘This is not why I became an actor’. Unfortunately the microphone was on and the whole studio heard.

So, if it were any other actor, you’d be like, “what a pretentious hack”. But, it’s Sir Ian McKellen, so you go “how dare you make grandpa cry! I’ll cut you, bitch!”. But hey, everyone was super nice to him the next day, so it worked out!

Malekith is up doing villainy stuff in behind-the-scenes images and videos of Thor: The Dark World. And for those who have no idea who he is, here’s a recap of his story and strengths, and his beautiful hair that won’t be featured in the movie :(

There’s a safety campaign for Melbourne Metro trains that has a cute video that became very popular called The Dumb Ways To Die.

The song is so very catchy~ 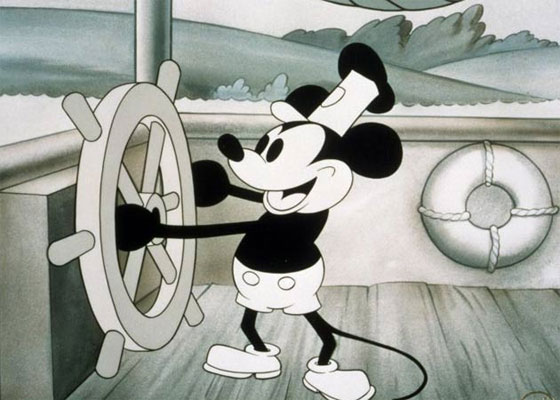 There’s going to be a sequel to the Christmas classic The Snowman, callled The Snowman and the Snowdog. Benedict Cumberbatch will narrate the audio e-book version.

The magic of The Snowman is universal for every generation; as is the thrill of a first encounter with snow. And in this new story, to bring theSnowdogto life for new young readers was a joy. I hope it will become as much of a Christmas tradition as the beautiful original was when I was a boy.

And because I can relate anything vaguely to Tom Hiddleston, here’s a video about his feelings for The Snowman… I also thought he was about to cry.

The Truth about Jaimie Alexander’s injuries in Thor: The Dark World. Poor girl went down a metal staircase and hurt herself badly.

Do you know what other trailers besides Star Trek Into Darkness will premiere with The Hobbit: An Unexpected Journey? Well, wonder no more! The answer is: The Wolverine and Man of Steel! Oh yeah~