Greetings, fellow fangirls and fanboys! This week we had news of the fates of many geeky TV shows, which got axed, which were picked up and which will got renewed! Also, lots of Marvel news apropos of Captain America: Civil War. Here’s how the week started:

Starting the week with Marvel news! The Russo Brothers talked about the three relationships they want to explore in Avengers: Infinity War films. And those are the OTPs: Vision and Wanda, Steve and Bucky, and, of course, Steve and Tony:

That was always sort of the idea for the end of the movie, and as the movie was being developed, it felt like it would be additionally cool to have that happen in Wakanda – a super advanced place. They’ve got something that he could go in. And also, it speaks to Panther’s arc. The person that he was out to kill early in the movie, he’s now nobly helping. And then, of course, that led organically to a cool moment, where Cap can go, ‘Thanks for doing this, but they’re going to come get you.

He also talked about Deadpool, and how he is convinced its sucess wasn’t about that R rating. Obviously~

Welp, they may not know how to aim, but Stormtroopers sure know how to dance! Here we have the well-received choreography on Britain’s Got Talent, so well-received that Simon Cowell used his “Golden Buzzer” (which immediately sent it on to the next round) on them. Good job, Hux and/or Phasma! Bad job, hosts… how come nobody told the “aren’t you a little short for a Stormtrooper?” joke!

On Box Office News, Disney passed $1 billion at domestic box office in record time thanks to recently Captain America: Civil War, but also the great reception to both Zootopia and The Jungle Book.

OMG! Future Trunks is coming to Dragon Ball Super! The official site confirmed we will get a “Future Trunks Arc,” which will begin broadcasting on June 12. Dragon Ball creator Akira Toriyama designed both the character’s latest appearance and outlined the arc’s story as well. Guess Trunks cut his hair again. Aw. I like it long. 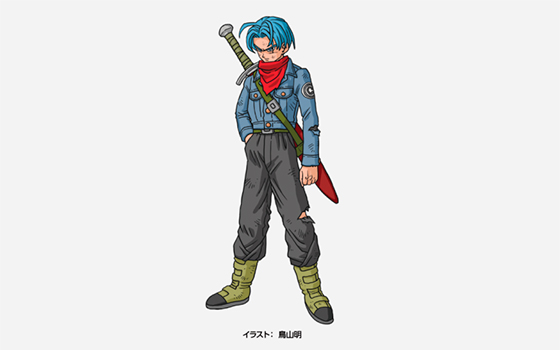 Empire Magazine had a great special called 12 secrets from Captain America: Civil War, and the title is quite self-explanatory~ So yes, those are (1) the Russos realised superhero movies were getting repetitive and that’s why Zemo is “an everyman” and not a CGI villain, (2) Steve Rogers was never ever going to die in the films, (3) Gwyneth Paltrow was never ever going to appear in the film, (4) “Dropping the shield” totally means Steve Rogers is no longer Captain America, (5) the Avengers are very much disassembled, (6) Chadwick Boseman went method with his Black Panther accent, (7) the airport fight took two years to conceive, (8) It was very important for the Russos that Vision not be too powerful to make him “more interesting, (9) Star Wars: The Empire Strikes Back is not only a reference but an inspiration as a “downbeat deconstructionist film”, (10) that Spider-Man and Iron Man’s scene was written for Tom Holland’s audition, (11) the revelation that Bucky killed Tony’s parents is Kevin Feige’s favourite MCU moment, and (12) Bucky could possibly maybe appear in the Black Panther solo movie… who knows!

Continuing with covering a decade each movie, the next X-Men film will be set in the ’90s! It was confirmed by executive producer Simon Kinberg.