Welp, some dude called Federico Ian Cervantez accidentally discovered the names of the four houses of Ilvermorny (that’s North American Hogwarts): Horned Serpent, Wampus, Thunderbird, and Pukwudgie. While rooting through the javascript, dude found for a new quiz being put together on a part of the official Potter that will ask takers: “Where do you belong? Horned Serpent, Wampus, Thunderbird or Pukwudgie”. BTW, the American houses appear to be directly named named after fictional creatures in from American folklore.

In Box Office News, Captain America: Civil War crossed $700 million worldwide, with China being its largest international market, where it grossed $104.6 million in four days. It is very likely that it will reach $1 billion worldwide before ending its theatrical run.

Here’s the full cast poster of Captain America: Civil War, revealed by artist Paolo Rivera. As he himself said “this ultra-limited edition poster is just for the cast & crew”. So yep, not for us mere mortals. The print is 16 x 24 and took over 200 hours to finish. Rivera did his previous Captain America posters in gouache, but he was running short on time and ended up doing it digitally. 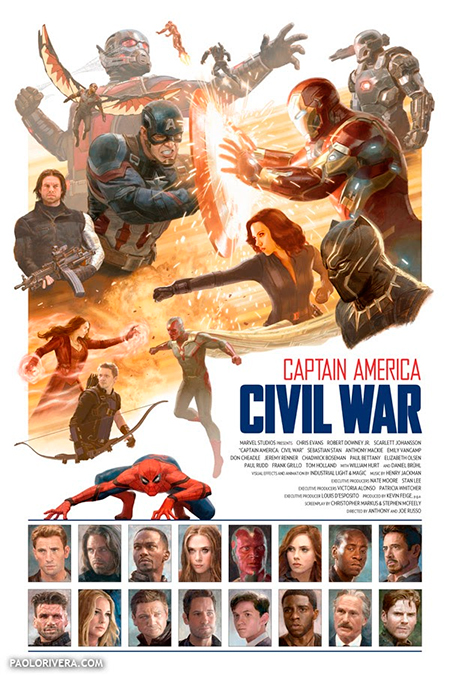 Apparently The Defenders and Jessica Jones Season 2 will be filming back to back. Or so Jessica Jones herself, Krysten Ritter, said. They may even “overlap a bit”. She’s starting her “physical training—lots of weight training and boxing”. Homegirl is also quite excited about what’s the next step for Jessica:

I’m excited to see what happens next for Jessica, and the end of season one left a lot of doors open and questions unanswered. Kilgrave was her reason for getting up every morning. Saving people gave her purpose. I wonder how emotionally taxed she’s going to be now. That opens a lot of doors as to who will come out and play. We all live in the same universe, so there are endless possibilities.

Check out this poster for Ride with Norman Reedus, the new AMC show where The Walking Dead fan-favorite star and motorcycle enthusiast explores biker culture, and the collectors, mechanics and craftsmen around the US of A. 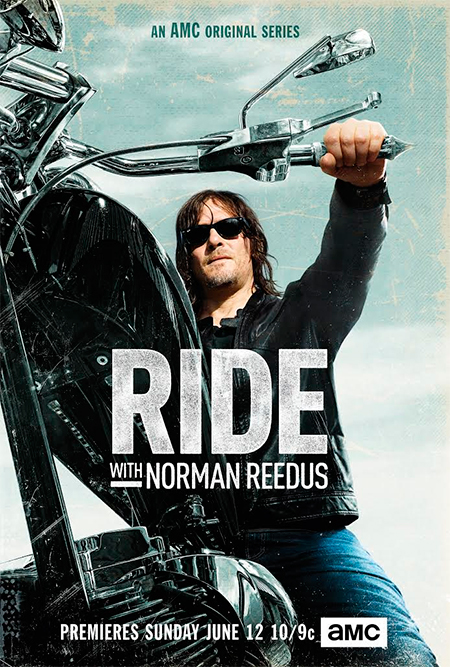 The trailer for Assassin’s Creed premiered, and there were mixed responses. Mostly due to the use of Kanye West’s “I Am a God”. People were happier with the fan version using the score from the game. Here’s a trailer analysis and discussion for those who learned to appreacite the trailer despite the unfortunate track choice. Also, we got a poster! 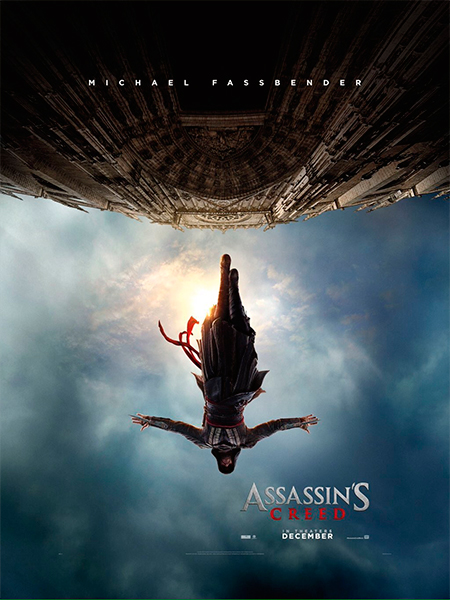 Lupita Nyong’o is currently Disney’s BFF! Not only she worked in Star Wars: The Force Awakens, The Jungle Book and Queen of Katwe, she is now in talks to star in Black Panther! Yay! Her possible character has not been revealed, but apparently she will be the titular character’s love interest. Aw man. I’d rather she be Shuri (Black Panther’s sister) or one of the Dora Milaje (like that kick-ass lady who said the line “move or you will be moved” to Black Widow in Captain America: Civil War). As for T’Challa’s love interests, we have X-Men Storm (not happening ’cause X-Men are Fox),  Malaika, a Wakandan trade envoy to Paris, singer Monica Lynne, and Monica Rambeau… who was Captain Marvel before Carol Danvers was Captain Marvel. Of all of them, Lynne is the longest lasting one, “on-again off-again” style.

On not so great news for ladies in comicbook adaptations, Agent Carter was cancelled at ABC after two seasons. Those were fun and entertainment, but ratings are ratings and not enough people watched it. So long, Peggy, you’ll always be in my heart. Hayley Atwell won’t be unemployed tho! Homegil will remain at ABC as the star of the network’s new drama Conviction.

On the other hand, Supergirl has been renewed for a second season, and it’s moving from CBS to The CW. Yep, just like Arrow, The Flash, and Legends of Tomorrow. So yep, we will probably get more cross-over opportunities.