Here’s the first look at DC’s superhero office comedy Powerless, who is totally getting a series order on NBC… and damn I am loving this cast! Here’s the pilot storyline:

It’s when [Hudgens’ character] stands up to one of these larger-than-life figures (after an epic battle messes with her commute) that she accidentally becomes a cult ‘hero’ in her own right … even if it’s just to her group of lovably quirky co-workers. Now, while she navigates her normal, everyday life against an explosive backdrop, Emily might just discover that being a hero doesn’t always require superpowers. 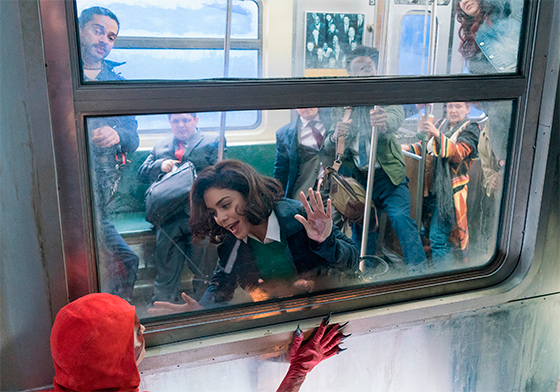 On sad news, Galavant was cancelled at ABC, composer and executive producer Alan Menken tweeted us to get ready for Galavant: LIVE! So yeah, a stage version, and the cast and the writers might be involved.

In who asked for this news, Sleepy Hollow got renewed for a fourth season on Fox. Well, that’s one show that started full of promise and went bad in a slow but steady way. Oh, but I had some faith! Until that terrible third season finale, that is. They *SPOILERS* freaking killed off Abbie!

So, producer Simon Kinberg accepted they fucked up with Fantastic Four and said he wants the same cast for “brighter” sequel

We’ll try to be truer to the essence of the tone of Fantastic Four, which is completely – well, not completely, but largely – distinct from the X-Men, which is brighter, funner, more optimistic tone. I think we tried to make a darker Fantastic Four movie, which seemed like a radical idea but we were kind of messing with the DNA of the actual comic instead of trusting the DNA of the comic.

That’s nice and all, but apparently Michael B. Jordan will reteam with director, Ryan Coogler, for Black Panther. There’s no official announcement, but The Hollywood Reporter’s sources are usually pretty legit. And source say Jordan might be a villain. He could be White Wolf… even if White Wolf is, well, white. I mean, that’s T’Challa’s adopted brother, so they could have a Thor and Loki thing going on! So yeah, collect all the Johnny Storms, Marvel!

Talking about Black Panther, its debut issue of the new comicbook series is the best-selling comic book of April 2016! Second place is another favourite of mine Star Wars: Poe Dameron #1. On the graphic novel and trade papeback side of things, Wonder Woman Earth One Volume 1, Star Wars: Vader Down and Rat Queens Volume 3: Demons won April. Finally, Spawn Adult Coloring Book was April’s best-selling book, and Star Wars Little Golden Book: The Force Awakens got second place. Also, check up this awesome video of Black Panther: A Nation Under Our Feet, where we get some info on the first issue, where the music by Run the Jewels is awesome~

Back to MCU, Kevin Feige confirmed that Natalie Portman is not in Thor: Ragnarok. I feel sad because of Jane Foster as a character, but I cannot say I am too sad of watching Natalie Portman go. She clearly had some problems in Thor: The Dark World, and her interpretation of Jane, will awesome on paper, didn’t had that much chemistry with Thor himself, Chris Hemsworth. Anyway, he also confirmed that “there are only a couple of scenes on Earth in this movie. 80 to 90 percent takes place in the cosmos”. OMG YES!

Despite pulling Inhumans from the MCU schedule, Marvel still has plans for the movie, according to Kevin Feige.

The only situation right now is that [Inhumans] is not gonna be a part of phase three because phase three increased in a very good way since we initially announced. When and where and how it pops up remains to be seen but its characters we love, it a storyline we love and we just didn’t want to cram it in to an already quite full phase three.

Another comicbook movie that has been delayed to an unspecified date is Gambit. But it was in order to get the script right, according to producer Simon Kinberg.

We just didn’t get the script to the place where we all thought the movie deserved. So we’re still working on the script. We’re very close, actually to being done with the script, and the hope is that Channing [Tatum] has a couple of movies he has to shoot, but that we would shoot at the end of this year or the beginning of next year.

In comicbook news, we are getting Tsum Tsum crossover and variants at Marvel! Marvel Tsum Tsum is a new miniseries launching in august, and it is an in-continuity tale of Tsum Tsums coming face-to-face with their super hero counterparts. FYI, Disney Tsum Tsum are a very successful plush lines, that now also has softlines, accessories, home décor, and more, and featuring classic and new Disney, Marvel and now Star Wars characters.  As for variant covers, here’s exclusive first look at some of these covers. Here’s the cover of  Marvel Tsum Tsum #1 and my current favourite of the variant covers, The Mighty Thor #10: 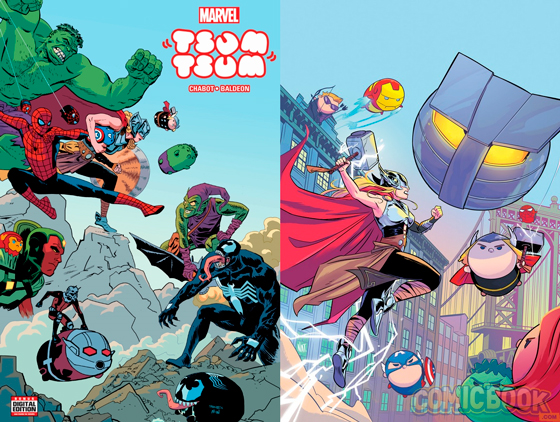 And that’s it for the week. Before I go, I want to wish Happy Birthday to Alexander Ludwig, Stephen Amell, Rosario Dawson, Domhnall Gleeson, Rami Malek and Stephen Colbert! 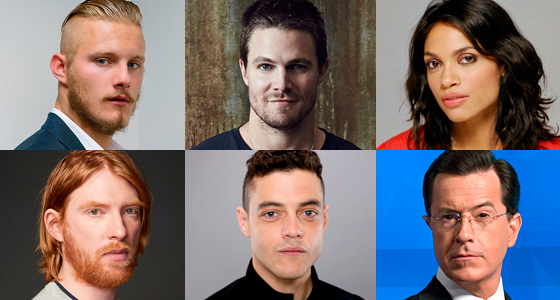