Greetings, fellow fangirls and fanboys! This week we all saw how Captain Marvel was going to look and everyone wasn’t feeling it~ Also, the arguably most important award nominations, and lots of lots of Black Panther stuff now that the premiere date is around the corner. Here’s how the week started:

Well damn! Scarlett Johansson is reportedly being offered $25 million to play Black Widow in the character’s first standalone film. According to the source, the script is being written and the hope is to hae the film in cinemas by mid-2020.

And here are the Razzies nominees, with Transformers: The Last Knight leading with 9 noms, with The Mummy and Fifty Shades Darker getting 7 noms each.

Here’s Empire’s Greatest Villains newsstand cover! Bet Kylo Ren is proud to share this cover with grandpa dearest. And here’s a description of what we can find inside the magazine: 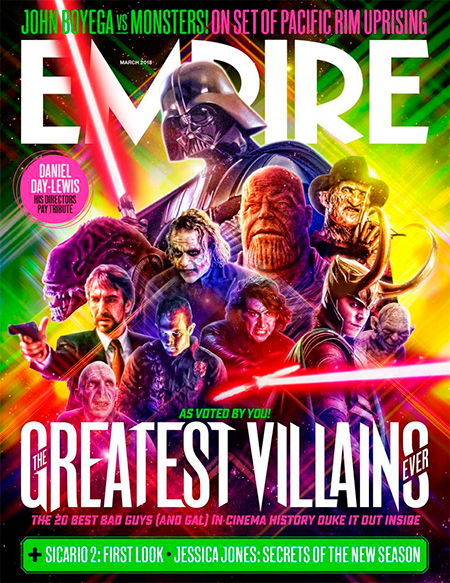 Inside there’s the ultimate Vader-vs-Ren Star Wars showdown, a passionate defense of Loki’s innocence in the MCU, and Andy Serkis talking through all of his greatest Middle-earth scenes, which you’re welcome to read in a Gollum voice should you wish.

Here’s the first clip from Black Panther where T’Challa and Shuri are awesome… and kinda adorable as brother and sister:

Here’s the cast of The Incredibles 2! And besides the familiar faces (except for Rick Dicker and Dash who got recast), we have new ones for the new characters: Sophia Bush will play Voyd, an aspiring superhero and Elastigirl fan who has the power of creating voids, allowing objects to appear and disappear. Isabella Rossellini voices Ambassador, who advocates for superheroes to be legalized. Bob Odenkirk and Catherine Keener will be playing brother and sister Winston and Evelyn Deavor, who lead a telecommunications company and sound a bit like villain material. 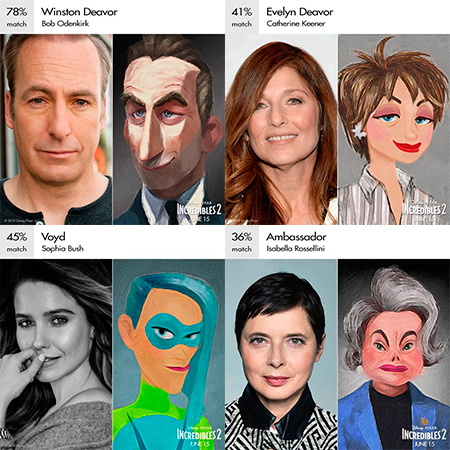 Executive producer Shawn Levy shared some Stranger Things 3 news, like it would be an eight or nine-episode season, depending on “the amount of story that excites us. We now know what is going to happen in season three to every character”. Also, Will is getting a break, it would be fair to put him “through hell for a third season in a row”. Finally, they are all “dealing with forces of evil that are new”.