Here are the first photos of Brie Larson as Captain Marvel, and fans were surprised about the colors used. But hey green (and white) is the original color the first Captain Marvel, Kree warrior Mar-Vell, used when he first came to Earth! She probably took that uniform from him in the film. But as some concept art shown, we can expect for her to use the usual blue, red and gold color we expected. And, because not everyone can wait, here’s a color-corrected fan-manip with a comic-faithful version of Carol Danvers’ costume. 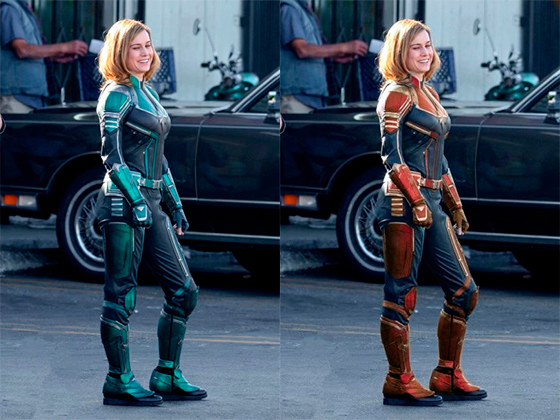 According to analysts Black Panther‘s opening weekend could pull in between $100-$120 million in the US of A. And considering these are early estimates, the final number could be higher! For comparison, Spider-Man: Homecoming earned $117 million and Thor: Ragnarok raked in $122 million on their opening weekends in 2017. Black Panther opens on February 16, 2018.

Thanks to Star Wars: The Last Jedi, John Williams is very close to become the most Oscar nominated person ever! Yep, he received a nomination in the Best Score category for the 90th annual Academy Awards, bringing his total nomination count to 51. OK, Walt Disney‘s all-time record if of 59 nominations. But hey, he’s also working on Solo: A Star Wars Story, Jurassic World: Fallen Kingdom, and Star Wars: Episode IX! He might make it to the top still!

Here’s the trailer for the documentary Chris Claremont’s X-Men, which will explore his contributions to Marvel’s mutants through extended conversations with Claremont himself and many of his collaborators. In the first trailer, comic book writer and editor Len Wein recalls how Claremont volunteered for the book when no one else wanted it.

There’s also a poster and a synopsis:

Chris Claremont came to Marvel as a young man, and was assigned a book that no one else wanted, a book on the brink of cancellation: X-Men. Over the next 17 years, his work on the title turned it into the biggest franchise in comic book history. Forty years later, his work has been adapted into ten films, three TV series, countless video games and has become a part of our cultural mythology. But, it all started with one writer and his commitment to emotionally honest storytelling and real character building.

Jumanji: Welcome to the Jungle has been a surprising success, taking Star Wars: The Last Jedi‘s first place and maintaining it for many weeks until very recently, even if the Star War feel has a bigger domestic and international box office. And thus Sony is feeling confident enough to do it all over again in Christmas of 2019, with the sequel’s release window being in direct competition with Star Wars: Episode IX. Oh, the nerve!

And finally, my favourite non-celebrity Twitter account, “Emo Kylo Ren” came back with Force (ahem) after The Last Jedi premiered, and thud it was time for the creator to speak out! I love you, Alexandra Petri. Thank you for this gift.

There have been some changes. He’s been working out. He made a friend on ‘ForceTime’ or Skype or whatever the term is people have decided to use for it. He’s undergone stuff. He almost made a good choice. He’s been growing and changing and now he’s in a new phase.

And that’s it for the week. Before I go, I want to wish Happy Birthday to Evan Peters, David Lynch, Geena Davis, Diane Lane, Jim Jarmusch and Ellen DeGeneres. 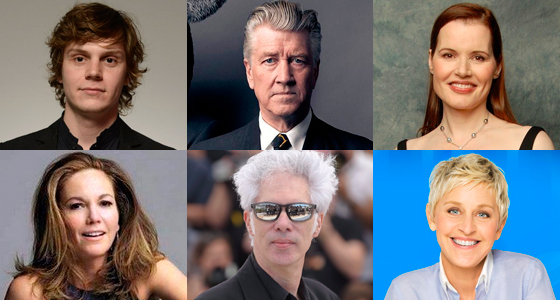