We talked about sucessful crowd funded proyects. Here’s one that I wish gets the same fate! Bee and Puppycat is a lovely animated short by Natasha Allegri and Frederator Studios on Cartoon Hangover. And now there’s Kickstarter campaign to turn it into a full series of six episodes of six minutes each. So if you wanna help, do so! Here’s the cute short:

So, those rumors about Joseph Gordon-Levitt being the titular character of Marvel’s Ant-Man? This is what he had to say, but since the article was originally in French, some things may have been lost on translation~

There is always a lot of rumors around these projects and so far it is still only discussions. I am always very transparent when it comes to my role and my career. I’m Usually the first to speak and communicate with my fans if something happens. If you hear nothing from me, they are just rumors.

Guillermo del Toro had a huge-ass interview with IGN and, among other things, said that he’s already working on the script of a Pacific Rim sequel. That doesn’t mean the sequel has been green-lighted yet. But if it does, they sure will be ready! Let’s cross our fingers!

Jim Jarmusch and Tilda Swinton talked about Only Lovers Left Alive. Another movie I wish had a premiere date for us lowly mortals who cannot attend film festivals all over the world~ Jarmusch said that Tilda was one of the reasons this movie finally got made and that I found cute.

Whenever this production would fall apart or we would lose financing or another element, I’d just be ready to give up. And Tilda would invariably say, ‘No, this is a good sign, this means we’re not ready yet, all the pieces aren’t in place yet.’ She was always so optimistic and reflecting in a way of Eve, the kind of spirit of Eve that I could not give up this project. 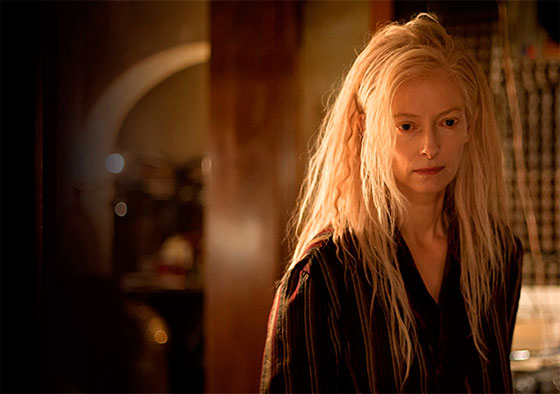 So Darren Aronofsky and Paramount are fighting over Noah‘s test screenings “troubling” reactions. Or rather Paramount wants to make changes in the film to make it more appealing for wider audiences (since the movie has a budget of $130 million), and Aronofsky is all la-la-la can’t hear you. I wonder how troubling those reactions were? Anyway, Paramount vice chairman Rob Moore seemed optimistic this discussion will get a happy ending… we hope.

[Aronofsky] definitely wants some level of independence, [but] he also wants a hit movie.  We’re getting to a very good place, and we’re getting there with Darren.

I’ve talked to the people at Warner Brothers and said “What is wrong with you people?” They think that they have a very narrow bench – Superman, Batman and then nobody else. We’re trying to get them to understand that we have a really good bench of characters if you treat them properly.

We know that Michael Fassbender will be in the Assasin’s Creed movie that will be made… someday. Now we know exactly what attracted him to the proyect. And that makes it seem he will play Desmond Miles and Altair!

That’s definitely happening. We’re just developing the script at the moment. I’d heard of it but had never played the game. I don’t have a video game player … that’s not what they’re called. [Laughs] I met up with the guys from Ubisoft and they told me the story behind it, and I thought it was very interesting—the idea of reliving memories.

Lucy Liu had an interview with CBS Watch Magazine, and besides the pretty pretty pictures, she talked some about Elementary and why she took on the role of Watson.

If you read the literature itself, Watson is so unlike what he became, which was the comedic one who got his foot caught in the bucket. When I signed on, I knew for sure that I didn’t want to be a sidekick. I love being funny, but not that kind of funny—maybe unintentionally funny, or sharp, or dry. It has to be subtle, or otherwise it suddenly becomes a Benny Hill sketch comedy show. 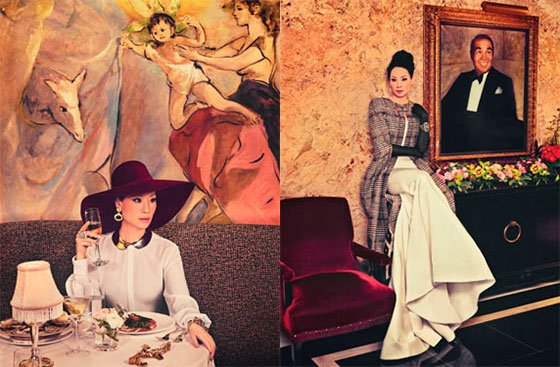 OMG! Air New Zealand is showing The Hobbit: An Unexpected Journey extended edition! And one lucky bastard got to watch it and told us all about it. That means SPOILERS! Yay for new scenes!