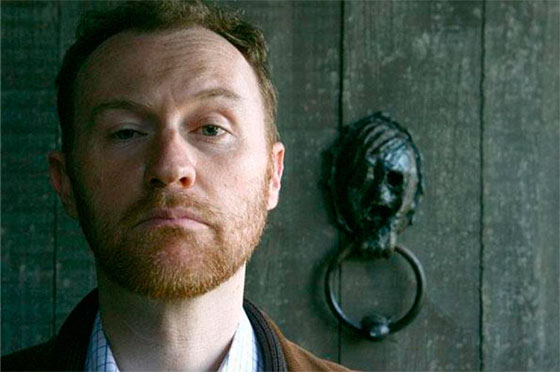 Stan Lee created an Indian superhero in the form of a TV movie. Chakra: The Invincible will premiere on Cartoon Network India on November 30th and its about “Raju, a boy from Mumbai whose mentor, the scientist Dr. Singh, develops a suit that activates the chakras of the human body and gives the user superpowers”. That sounds cool and now I must watch it!

Chris Pratt, who plays Star Lord in Guardians of the Galaxy, talks about Rocket Raccoon ’cause he’s awesome and you shall love him and despair (the raccoon, not Chris, but he’s OK I guess).

[Rocket Raccoon has been] tortured his whole life and no one else likes him, so he’s lonely and he’s angry and it’s like, [there are] all these elements [to the character]You sort of forget about that, you wouldn’t think about, [and] hopefully will come to life.

On other MCU news, Thor: The Dark World might be the shortest MCU film yet, because it apparently is just 111 minutes long. What?! I expect lots of deleted scenes on the Blu-ray/DVD! Also, Captain America: The Winter Soldier teaser trailer is expected to appear with Thor: The Dark World and will be 2 minutes and 23 seconds long.

Here is a hugh-ass interview with Evangeline Lilly about The Hobbit: The Desolation of Smaug and about her character Tauriel. Starting with, what’s up with this original female character? As we all suspected, she was created so the movie will feel less of a sausage fest~

I think this book is really, really alpha, it’s very male-driven. It’s all male characters, and they ended up– In the book, there’s not one female character. And if you watch a film from beginning to end, with no women in it, it’s really difficult.

OMG! Schmoes Know has the “exclusive” that Michael B. Jordan Cast is totally Johnny Storm in the Fantastic Four reboot. Didn’t they cast a white chick as Sue Storm? Well, those were also rumors… so better recast that chick with a lovely black lady! Or I guess they can throw a quick he/she is adopted/we are step-siblings line~ Fox hasn’t made an official announcement though!

A couple of comicbook news from IDW! First, have you ever wondered why Khan is so white in Star Trek Into Darkness? Wonder no more! Star Trek: Khan, a five-issue series that follows the time slot between Kirk not dying and Khan being re-frozen, will tell us all! In Flashbacks! Yep, Khan in trial will tell us how he ended from an orphan in the streets of India who was obviously not white to, well, Benedict Cumberbatch. Series writer Mike Johnson comments on it:

Comics give us the opportunity to show events that we haven’t seen portrayed visually, but have only heard about. There just wasn’t the time (or the budget) to show it all on the big screen. Khan’s life could fill multiple movies just on its own.

And then, The X-Files universe will crossover with those from Ghostbusters, Transformers, The Crow and Teenage Mutant Ninja Turtles. Say what?! Yeah well, just read it! It does sound interesting~ 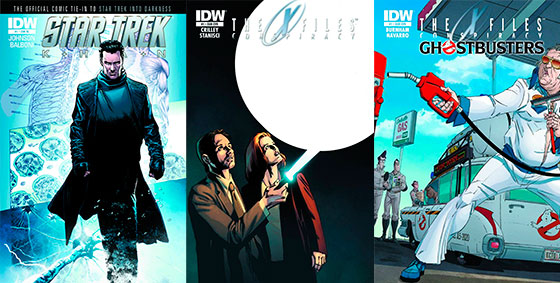 Finally, we have tons of new pictures from Thor: The Dark World that includes our first decent look at Adewale Akinnuoye-Agbaje as Algrim (and Loki in a glorified dog collar)! And some lucky bastards already watched said movie and loved it and I want it now dammit! Also, Loki gets three songs on the soundtrack! And one is called Lokasenna OMG! (Go Google that… it’s like an Epic Norse Pantheon Rap Battle!) 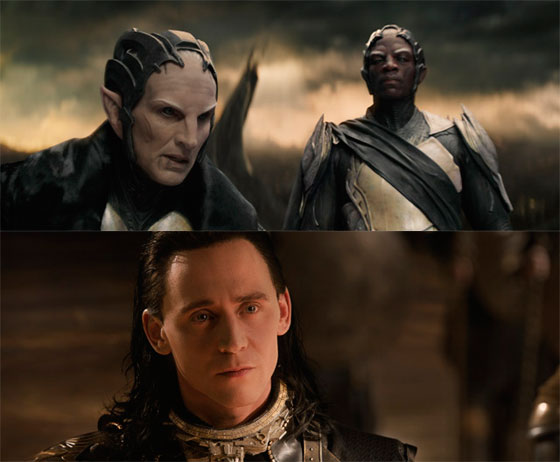 And that it’s for the week. Before I go, many toys from The Hobbit: The Desolation of Smaug! Also a long banner. We also got behind-the-scenes videos of Thor: The Dark World and sound bites with the cast! And easter eggs from Man of Steel which I totally didn’t notice. Have to watch that movie again~