Here’s to the Ladies Who Write

Aren’t they the best?

As everyone knows, a disturbingly large amount of film lists feature films entirely dedicated to showcasing the modern male works of cinema. Female writers, be they in a partnership or solo, get shoved off to the side more often than not. So where’s the spotlight? Where’s the praise?

That’s why I say, “Here’s to the ladies who write!” So many fascinating films this year have been written or co-written by women, and it’s about time we give a toast to this talented bunch. This isn’t just to spread the news of what great films were written by women, but also to showcase just how diverse the works are. The assumption that women live to make and watch romantic comedies is such a tired, sexist notion that still constantly comes up, and the proof that they care for much more is right here.

From psychedelic period pieces to beautifully animated werewolves, women are dominating so many genres and these films deserve to be seen. While some of the films were technically released last year in their respective countries, I feel the need to promote them simply because of limited (or nonexistent) US releases in certain cases. This isn’t to say there aren’t dozens of other films written by women (as well as directed), but all ten of these were particularly praise-worthy in my book.

So, let’s hear it for the ladies who write! Everybody rise! 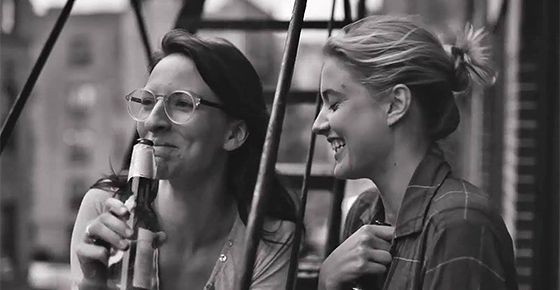 Greta Gerwig has always been a charming star, but never quite as dynamic as she is here. As a writer, she shines a much better light on that post-college aimlessness than most indie films could ever hope to achieve, while adding a lot of heart to Baumbach’s work that’s never really been there in his former films. Best of all, it takes a focus on a friendship between two women that isn’t incredibly petty. They’re two women trying to figure out their lives, with and without each other, and the care put into making their every word and reaction feel real is a testament to just how great Gerwig is. More films should focus on meaningful, emotional relationships between women just like this one does.

Click-through to the next page for the remaining films!