Damn, Loki could have had either a weird haircut or a huge fur cape in Thor: Ragnarok according to the concept art shown here. I do wonder how Tom Hiddleston would have looked like in either of those~ 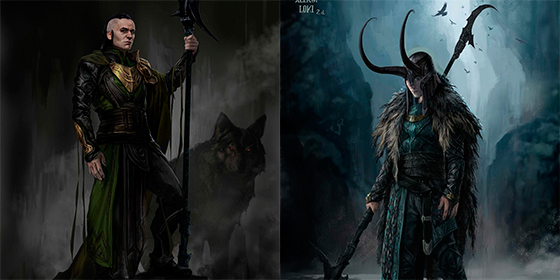 Some Marvel actors were at ACE Comic Con, and had some things to say about Avengers: Infinity War~ Anthony Mackie, for example, talked about the experience of having “like forty superheroes” on set during “this scene that’s in the trailer where we’re all running to battle”, as well as the comradery between some of the various cast members:

I look to my right and I see Tom Holland and Dave Batista. I see them in the corner and Tom is literally the size of Dave’s leg,” Mackie describes. “I don’t know what they’re talking about but Batista jumps up and does a kick-punch move and I was like ‘Yo, you’re about to kill him!’

As for Chris Evans, he talked about feeling part of the larger picture:

This was kind of the first movie where you actually felt like you had a seat at the table and you belonged and it was so nice to have all these other franchises that you’ve watched and admired come to a set where you’re like oh man, I belong here, and all these great people are part of a movie that we’re all doing together, and it was just wonderful because all of those franchises, well, let’s be honest. Marvel doesn’t miss. They haven’t missed yet. They’re batting a thousand.

The Walking Dead has been renewed for season 9, and it’s also getting a new showrunner. Scott M. Gimple will be replaced by writer/co-exec producer Angela Kang. Guess all those fans asking for a replacement after he killed Carl Grimes worked?

Star Wars: The Last Jedi may have had a terrible time in China, but it has passed another of Disney’s box office behemoths, Beauty and The Beast, to officially become the most profitable film of 2017. Congrats! Also, according to a Facebook ad, the film’s home release will include “over 2 hours of bonus footage, deleted scenes, and more”. I want it. 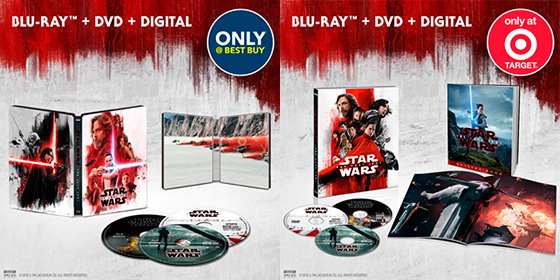 Here are a couple of 2020 news: Guardians of the Galaxy Vol. 3 will be with us that year, said James Gunn during a Twitter Q&A. Considering the dates Marvel put aside for its releases, they film could released in May 1st, August 7th or November 6th. HBO programming president Casey Bloys said the first Game of Thrones spin-off won’t premiere “until at least a year after the final season”, which returns in 2019. Yep, remember, no Game of Thrones this year.

Here’s the first look of The Handmaid’s Tale season 2, which will debut on Hulu in April 25.