It probably goes without saying that the casino market is becoming increasingly competitive, which is why operators are constantly trying to find new ways to appeal to their target audience. Among various games available online, slot machines are one of the ways they do this.

Because they’re easy to create within certain themes (e.g. TV shows, film and fantasy), allowing operators to reach out to fans of these specific genres. 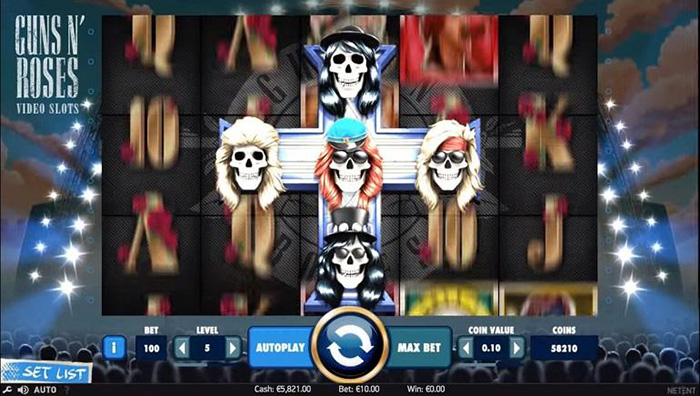 To demonstrate this, here’s our top pick of music-star-inspired slot machines:

Brought back to life by IGT, the King lives on in the 5-reel, 20-payline slot – Elvis Top 20. Not only does this out-of-this-world slot game feature Elvis himself but it also includes a variety of line wins and three fantastic bonus features. The theme of the game is captured perfectly thanks to the Elvis-inspired soundtrack and symbols (including the King of Rock n’ Roll, a gold disc, pink cabriolet and guitar).

If you loved the music, fashion and style of the 1980’s, you cannot fail but to be impressed by the new Madonna pokies game. Created by Aristocrat Technologies, one of pop’s most renowned icons from the eighties has been celebrated in style, with the entire game being based upon Madge’s personal brand (which the gaming giant gained exclusive rights to).

Another slot game that pays homage to one of the most iconic female singers of all time is Dolly Parton. Based on her eclectic style, this slot features eccentric bonus features, cool concert clips and a jukebox, which allows you to choose your favourite track to play along to (no prizes for guessing which tune’s the most popular!). Furthermore, whilst most musicians are quite happy to see themselves immortalised within a slot game, Dolly was so impressed by hers she even goes as far as promoting an exclusive line of her own casino games.

Another hugely popular release from last year is Guns N’ Roses, which was created by NetEnt. Combining a fantastic gambling experience with some award-winning performances from the rockers themselves, this slot boasts official logos, music clips and symbols that are made up of each of the band members. And the best bit? While you’re spinning, you can choose which Guns N’ Roses song you want to be serenaded by.

Unfortunately, we don’t have room to mention all of the iconic slot machines that have been inspired by music legends, but one thing’s for sure – there’s something for everyone.