This was the day the new trailer for Star Wars: The Force Awakens was released. Of course, there were breaking-downs and favourite moments. Like “Chewie, we are home”. All the fanboys and fangirls cried over that one. As they should.

Here are some behind the scenes pictures (and a totally boring teaser poster) for Star Wars: The Force Awakens. Also some promo posters  featuring baddie with controversial lightsaber Kylo Ren and stormtroopers! 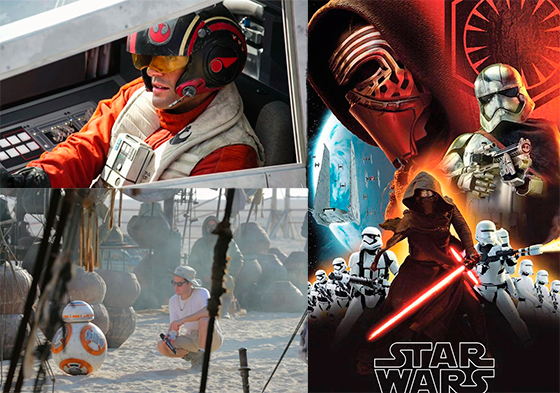 But the day was not so good for Batman v Superman: Dawn of Justice. First, 30 seconds of the teaser were leaked online. And some hours later the whole teaser was leaked online via a phone camera recording in a Portuguese speaking place (as far as subtitles go, at least!).

Anyway, here are some spoilery rumors for upcoming MCU films: that Thomas the Tank Engine toy set fight in the Ant-Man trailer? That’s totally the final battle, and it happens in Scott Lang’s daughters’ room. As for Captain America: Civil War, the key focus is The Winter Soldier, he can be a hero, but has been a villain; and this causes the main rift between Tony Stark and Steve Rogers… so we are indeed up all night to get Bucky. Hell yes! You better not dissapoint, rumor! On the Doctor Strange side of things, dude is totally wearing his comicbook costume expect with smaller collar, and the baddies are indeed Dormammu and Baron Mordo.

Scarlett Johansson said there has been discussions about the Black Widow solo film, and her Marvel contract is “mutating”, which is kind of a great word to use~

I’ve spoken to Kevin [Feige] about it. I mean, of course, of course we’ve had that conversation before, and I think Kevin would also like to see a standalone film. I think I can speak for him and say that. That’s all, really. Right now I think this character is used well in this part of the universe, but I think that Kevin—I mean, we’ve talked about it and we both share similar vision for what could be a standalone series.

Here are some more pictures of Avengers: Age of Ultron where we can see Falcon and Baron Strucker~ 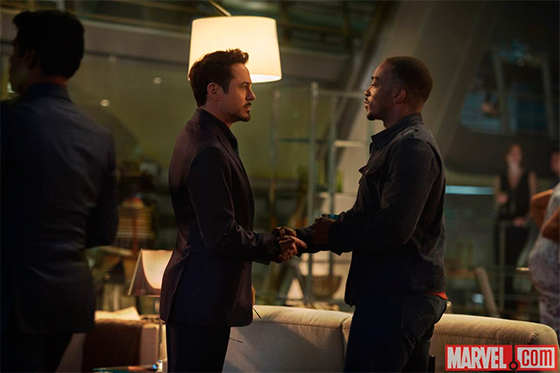 The Blade Runner sequel is still happening, and now Ryan Gosling could be in it! Yay! Considering how last week we talked about him joining Guillermo del Toro’s adaptation of the Disney ride The Haunted Mansion, we welcome Gosling to his second possible blockbuster franchise! Get money, bitch!

Talking about getting money, Dominic Cooper will play the lead in Preacher! Yep, Howard Stark will now work in the adaptation of a 90s cult comic… produced by Seth Rogen. Yay, work!

The leaks forced Warner/DC hand and the teaser trailer of Batman v Superman: Dawn of Justice was formally released. And while a very decent teaser, it generated drama and controversy, unlike the Star Wars: The Force Awakens one, which everybody and their brother loved. For example, here’s an article written by someone who actually liked the trailer and yet called the trailer “underwhelming”. But it did had the beautifully desaturated and high-contrast images Warner/DC seems to like. Check out this screengrabs!

You know how nobody liked Ryan Reynold as Green Lantern and that kind ruined Hal Jordan for moviegoers? Well, rumor has it that now John Stewart will be the Green Lanter of the DCCU. Which is actually a great move: more diversity and the Green Lantern people who watched the cartoon remembers!

Finally, let’s talk about the movie that could teach fangirls and fanboys how to stop worrying and love Ryan Reynolds. Yep, we started this column with Deadpool, and we will finish it with Deadpool. Here are more pictures of Ryan Reynolds (and his stunt double) at the Deadpool set. Seems some antagonist got stabbed in the chest. Good times. Still surprises me how damn good the suit look! 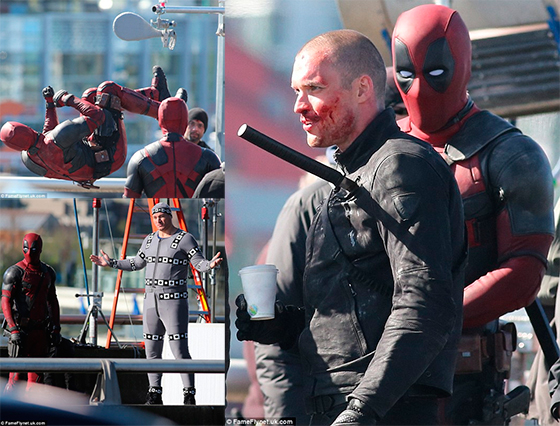 –
And that’s it for the week. Before I go, I want to wish Happy Birthday to Ron Perlman, Peter Capaldi, Emma Thompson, Emma Watson, Maisie Williams, Luke Evans, David Bradley and Sean Bean. 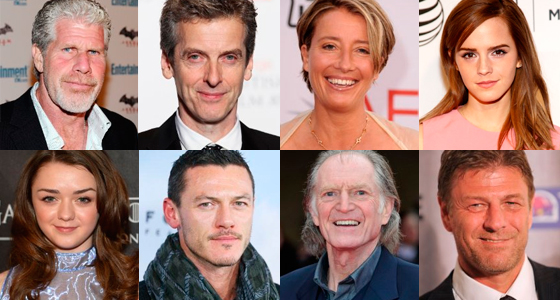