Jimmy Kimmel had all the Avengers (minus the new ones) on his set and had a marvelous time. Ejem. He showed up some “Science Bros” slash fanart, and had me wishing for the days where the fourth wall was firmly in place. But hey, RDJ and Mark Ruffalo took it like champs. But hey the also played Telephone and Family Feud. That last one was totally a preview to Captain America: Civil War, right?

Netflix has begun with audio description for visually impaired, appropiately starting with Marvel’s Daredevil. Then, they will continue with House of Cards, Orange is the New Black, Unbreakable Kimmy Schmidt and Marco Polo. But what exactly is audio description?

Audio description is a narration track that describes what is happening on-screen, including physical actions, facial expressions, costumes, settings and scene changes. Customers can choose audio narration just like choosing the soundtrack in a different language.

The rumours of NBC cancelling Constantine were greatly exaggerated, or so showrunner Daniel Cerone clarified~

I just received confirmation from the corporate offices at NBC. I was assured that Constantine has not been canceled and our pitch meeting to discuss a potential second season remains on the books.

Despite the episode leak, Game of Thrones Season 5 premiere sets ratings records! The average audience of the episode of Sunday was about 8 million — up 1.16 million viewers (or 17%) from last year’s debut of 6.84 million.

Zack Snyder decided leak about 20 seconds of the Batman v Superman: Dawn of Justice teaser trailer on his twitter. It basically shows the costumes of both Superman and Batman. Looks good! 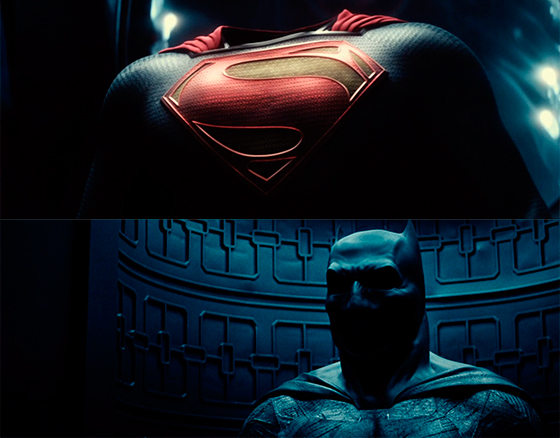 Here are even more clips of Avengers: Age of Ultron: the Mjölnir lifting competition [1], Maria Hill talking with Captain American about the Twins [2], Quicksilver being a smartass to poor Hawkeye [3], and Thor failing to cheer up Bruce Banner [4].

So apparently, the Guardians of the Galaxy sequel will be “about fathers”, according to James Gunn.

Here’s the first look of Mike Colter as Luke Cage (in AKA Jessica Jones)! He looks damn great, even if his signature yellow T-shirt is missing~ 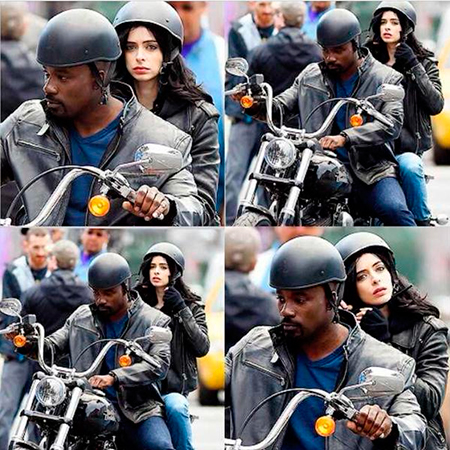 Well, that was fast. Patty Jenkins will now direct Wonder Woman. As you remember (or maybe not), she was going to direct Thor: The Dark World but then they had “creative difference” (seeing a pattern there). Anyway, there were also rumors of DC and Marvel courting Angelina Jolie to direct their first female superhero movies. Now that Wonder Woman is out of the game, I do wonder if Jolie will direct Captain Marvel. But I doubt it, Marvel is a cheapskate and Jolie is one expensive lady. Also, I now kinda want Michelle MacLaren to direct Captain Marvel. It will give things this great symmetry~

Here are lovely set pictures of Tom Hiddleston in The Night Manager . OK, so he’s basically being cute to kids, writing fan letter with terrible penmanship, and eating. A lot. And I’m imagining Hiddles is eating a “pollada” in that picture. 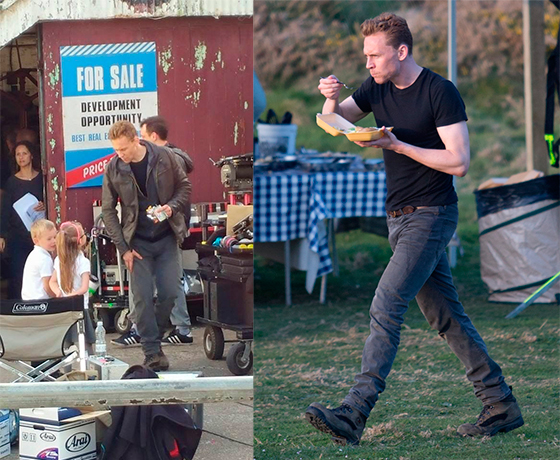