Greetings, fellow fangirls and fanboys! This week, besides the good and not-so-good news, we had many interesting trailers! And of course it was the start of the Avengers: Age of Ultron promo tour. So yep, lots of social media interaction with the cast that way~ Here’s how the week started.

Ryan Reynolds shared the first image of Negasonic Teenage Warhead with Deadpool. Yes, that’s actually the name of a character. It was a short-lived mutant with precognitive abilities created by Grant Morrison during his New X-Men run. 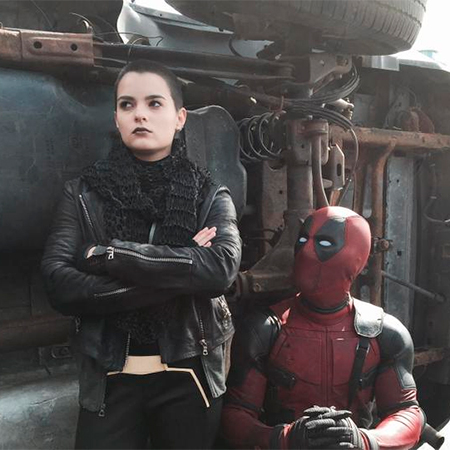 Kevin Feige talked about, despite Captain America: Civil War being the start of Phase 3, Ant-Man is still very important to the MCU yo! Don’t diss the little guy!

You meet new characters and you learn about Hank Pym and his lineage with the MCU over the years. But at the same time, it also picks up the thread of Age of Ultron in terms of heroes – major heroes, Avengers – coming from unexpected places. Whether it’s prison in the case of Scott Lang or being a very disgruntled Sokovian Twins as Wanda and Pietro are in Age of Ultron. And in that way it connects a lot. Also, Hank Pym’s attitude towards Avengers, towards S.H.I.E.L.D, and kind of the cinematic universe in general, is much more informed after Age of Ultron events, and in a certain way, before the events of Civil War.

Kevin Feige also talked about how Marvel’s Spider-Man is not exactly an origin story (thankfully!), and the costume (“different than any of the ones that have come before”, yet still a “classic Spidey”) is already designed!

It will not be an origin story. But, with great power comes great responsibility. It is inherent to who his character is. But we want to reveal it in different ways and spend much more time focusing on this young high school kid in the MCU dealing with his powers.

Daredevil stunt coordinator Philip J Silvera talked about designing, among others, that awesome one-shot fight scene where the blind hero goes to rescue a child from the den of child traffickers.

No cuts. We did do a few Texas Switches between our actor and our stunt double, but it was purely a one shot fight. There were no cuts in that fight. Every performer, the actors and the stunt doubles, were in there performing that fight full on. I’d say there was a minimum of 105 beats, and they killed it.

The first four episodes of Game Of Thrones Season 5 leaked online. Those were downloaded over 100,000 times in the first three hours they were available. That kind of sucks for those who didn’t want to be spoiled. Oh well. HBO wasn’t happy about it, and issued an statement:

Sadly, it seems the leaked four episodes of the upcoming season of Game of Thrones originated from within a group approved by HBO to receive them. We’re actively assessing how this breach occurred.

Vin Diesel talked about Paul Walker in the 2015 MTV Movie Awards, where he also confirmed plans for Fast & Furious 8 with the words “Seven was for Paul, eight is from Paul”.

Kevin Feige talked a bit more about Phase 3 of MCU, and it seems we could hypothetically get Miles Morales in the future. Someday. If their Peter Parker works. Yep.

I mean we always felt it should be Peter [Parker] because we’ve never seen the MCU version of Peter Parker. We felt like we needed to see that first. Miles, I think is awesome. I think there are opportunities for him for sure if this all works.

Here’s a picture of David Tennant as Kilgrave from AKA Jessica Jones, looking not as purple as I imagined. Guess that’s a first look and they will turn his skin purple later. That or they decided to make the character more normal looking if still very creepy bastard. 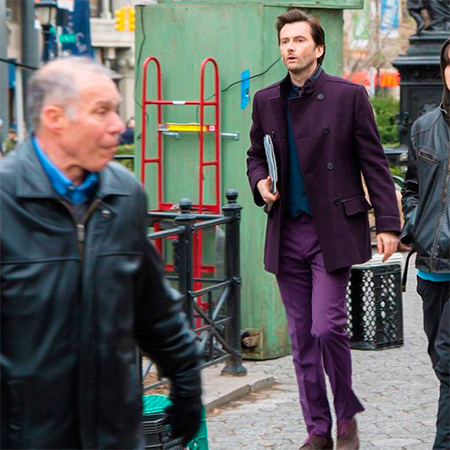