The Fangirly Diary of a Geek Girl: Do not go gentle against that bad fan

Greetings, fellow geeks! I find myself misquoting a British writer, this time it’s Dylan Thomas. And the reason concerns one of the nicest men in showbiz and something not so nice that happened to him. But I digress. Let me tell you how my week began:

And to think, I thought I wouldn’t be talking about The Avengers no more! Hah! Third place of most watched movie ever! Or at least box office wise. I’m so proud of my boys. 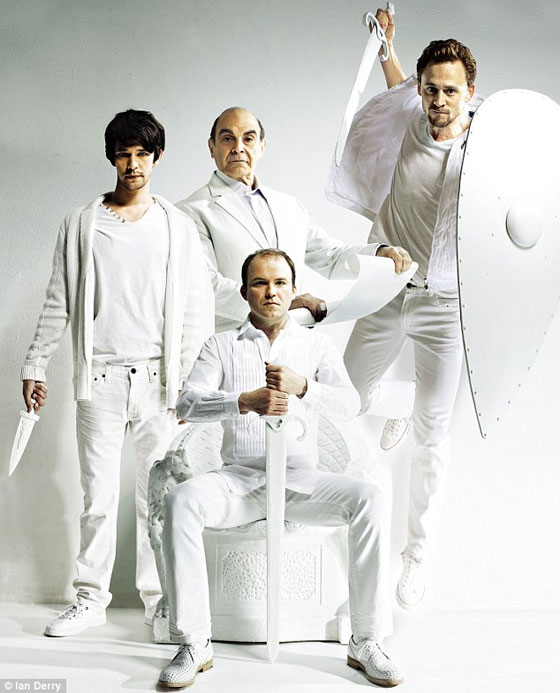 We few, we happy few, we band of brothers.

Mr. Cumberbatch, you’ll never make it big if you keep dressing in the clothes you got from a photoshoot! Here are pics of Benny et al Veuve Clicquot Polo Classic. I love you, but you really need to learn how to wash/iron your shirts. Or pay someone to do it correctly, for God’s sake!

The day started so so creepy with a couple of Prometheus TV spots with Twinkle, Twinkle, Little Star as background music. Damn.

And suddenly it turned sexy! Here’s a TMZ report on Henry Cavill with images of him catching a departing flight out of LAX Airport last thursday. I know TMZ can be tacky and mean, but yeah, I can be tacky and mean (and shallow) too, and that report totally summed up my feelings for him.

Then night came and I got to watch the MTV movie awards… it was mostly lame except for a couple of cool parts like the The Dark Knight Rises footage, which was made of awesome, and the rejected auditions for The Hunger Games, which was very lol-worthy. Ok, some of the (very) good music performances too. But all in all, it was a very “meh”. Apparently, I’m not the only one who thinks so.