The Fangirly Diary of a Geek Girl: Dark Phoenix doesn’t look so hot~

Greetings, fellow fangirls and fanboys! This week EW shared our first look of X-Men: Dark Phoenix, and I have mixed feelings. But that’s not the only first look we have, as EW shares some pictures from upcoming movies and new seasons. And there’s even more Star Wars news, now that The Last Jedi‘s release date is closer than ever.  Here’s how the week started:

Well damn, Ant-Man and the Wasp might be Marvel’s first romantic comedy! This based on the promotional material shown in the russian film event, Kinorynok.

That new image of Robin from Titans has a dark and moody quality, and that lighting ain’t doing that suit any favours. It makes it look a bit cheap. 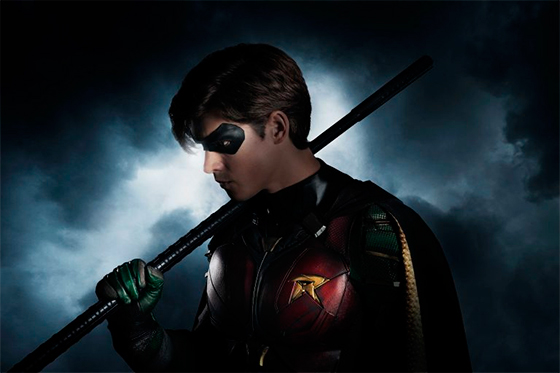 There wasn’t much this day, except for some cool Star Wars: The Last Jedi promo posters!

Let’s talk a bit about our Space Mom, the late Carrie Fisher. Rian Johnson revealed that Carrie Fisher contributed to the writing of Star Wars: The Last Jedi.

Carrie was, you know, a writer first and foremost. She loved words. We would get together and we would go over the scenes. We wouldn’t rewrite the scenes but she would throw out suggestions for jokes, and lines, and ideas. And we’d go back and forth. There are a few scenes that we got together with her and the other actors in the scene and kind of shaped it. I mean, if you have Carrie Fisher standing there with you, you’d be a fool not to use her writing talents. That was probably her main contribution

The women of Star Wars: The Last Jedi also remember Carrie Fisher fondly. Gwendoline Christie, Laura Dern, Daisy Ridley, and Kelly Marie Tran had words for her at the  worldwide press conference. Tran’s words were the ones that summed up all:

Something about Carrie that I really look up to is, and something I didn’t realize until recently, was just how much courage it takes to truly be yourself when you’re on a public platform or when possibly a lot of people will be looking at you. She was so unapologetic and so openly herself, and that is something that I am really trying to do, and it’s hard. Just like Daisy said, like Laura said, like Gwendoline said, I think that she will always be an icon as Leia, but also as Carrie. I am so fortunate to have met her, and I think that she will really live on forever.

Here’s another Star Wars: The Last Jedi poster. This one is from China! 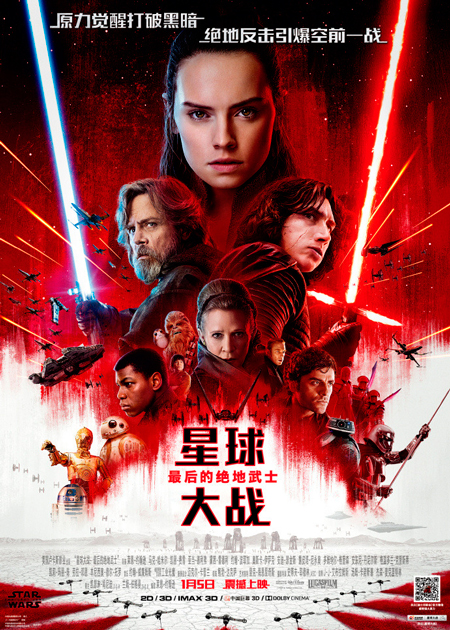 And now for something different… Apparently, Quentin Tarantino has an idea for a Star Trek film and has pitched it to J.J. Abrams. They plan to put together a writer’s room who will develop the script, and Tarantino might also directing the film. Later in the week, this was confirmed to be R-rated, because of course it is~