Greetings, fellow fangirls and fanboys! This week Vanity Fair had a very special issue on the MCU, and two days later we all saw the trailer for Avengers: Infinity War! Also, even more Star Wars: The Last Jedi news and pictures. Here’s how the week started:

I think everyone who wanted to watch Justice League already watched it, so Warner (and Joe Manganiello) shared a picture of Deathstroke, previously seen in the Justice League‘s post credit scene. 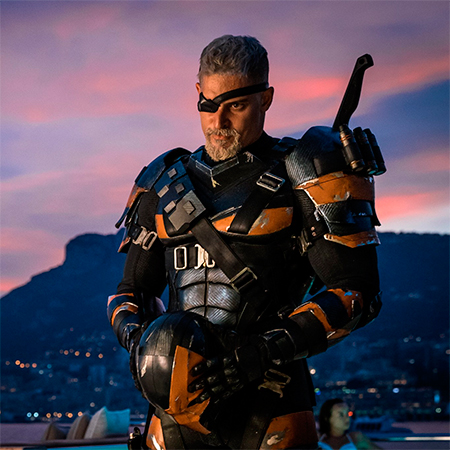 Yay for Coco launching to the top of the US box office charts, with $71.1 million domestically. It also has made over than $153 million worldwide.

Here’s the first individual trailer for a Black Mirror Season 4’s episode. “Arkangel”, directed by Jodie Foster, seems to focus around an experimental implant for children.

It may need four covers in order to fit in 17 of the MCU heroes. But there are even more marvelous heroes in an interesting portfolio, which also illustrates their cover story, full of interesting tidbits. Like this one:

While [Marvel Studios president Kevin] Feige refused to reveal any details about the characters and stories Marvel has yet to introduce, he did promise a definitive end to the franchise that built Marvel. Avengers 4, he said, will “bring things you’ve never seen in superhero films: a finale.” This may mean a lot of dead Avengers at the hands of the villain Thanos, who has appeared sporadically and tantalizingly since the first Avengers movie back in 2012. But the Marvel Cinematic Universe will live on. “There will be two distinct periods. Everything before Avengers 4 and everything after. I know it will not be in ways people are expecting,” Feige teased. 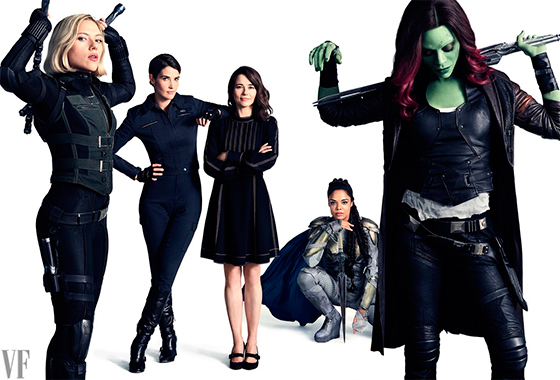 James Cameron talked about Avatar‘s future, because he still wants to make that happen~

Let’s face it, if Avatar 2 and 3 don’t make enough money, there’s not going to be a 4 and 5. They’re fully encapsulated stories in and of themselves. It builds across the five films to a greater kind of meta narrative, but they’re fully formed films in their own right, unlike, say, The Lord Of The Rings trilogy, where you really just had to sort of go, “Oh, shit, all right, well I guess I better come back next year.” Even though that all worked and everybody did.

That Empire’s Star Wars: The Last Jedi subscriber cover is full of porgs, which is both amazing and kinda creepy~ 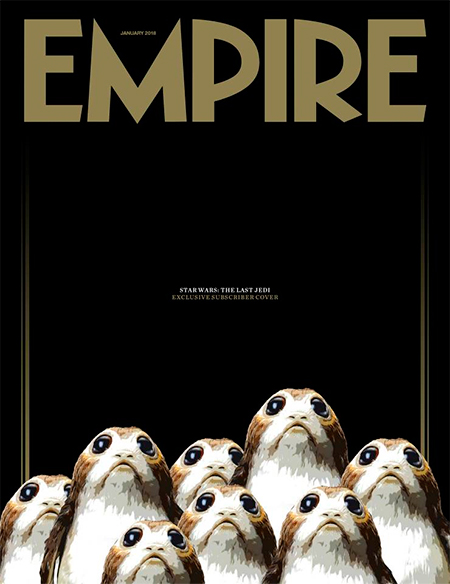