Marvel releasing 55-60 comic book series as part of the “All-New, All-Different” fall relaunch. But it’s totally not like DC’s New 53 though! (Because Marvel seems to have think things through). And yay for all my favourites being there! Hi Kamala! Hi Miles! I see Thor there! I also hope “Unworthy” Thor is still hanging around~ Also, pro wrestler CM Punk will write a book starring Drax of Guardians of the Galaxy. Guess his work on the one-shot Thor comic paid off! And it’s sorta appropiate that a wrestler turned writer does Drax, considering the character in the MCU is played by a wrestler turned actor! 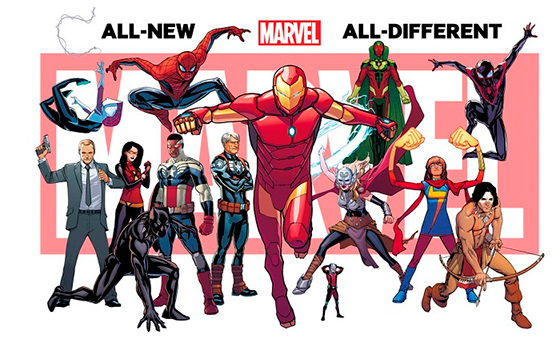 Guardians of the Galaxy 2 has fewer characters, according to Chris Pratt. Yes, Chris Pratt, fewer. Not less! Actually dude doesn’t want when superhero movies have too many characters and I get it.

There’s just too many characters, so you can’t concentrate on one and really get to know that character. I really want to get to know the characters that we know better, and yeah, we will be introducing a new character…

I’m not in Captain America 3. I can’t figure that out, but I’m not. I guess I’m still out there, trying to figure out what happened to S.H.I.E.L.D. and who these other people are.

Godzilla is now a citizen and tourism ambassador of Japan. Finally, this Kaiju is getting the respect he deserves! Dude is currently overlooking Toho Cinema Complex and welcoming tourists and visitors.

Adam Nimoy, son of Leonard Nimoy, launched a Kickstarter campaign to raise $600,000 for a documentary about his father titled For the Love of Spock, narrated by Zachary Quinto.

The funding of this film through Kickstarter will enable us to continue with production — which will mostly take the form of filming interviews of dad’s friends, colleagues and family members. It will also enable us to license the hundreds of film clips and still photographs of Mr. Spock as he has appeared on television and in feature films over the last 50 years.

Here’s a grainy picture of the new Ghostface mask in MTV’s Scream series. Yes, we didn’t need a new one. We are still getting one though! Apparently it’s so iconic where it to appear will turn the show into false advertising!

The [original] mask is so iconic. If you were to have that mask in a television series, but you weren’t following any of the characters [from the original], I believe that would be misleading the audience. 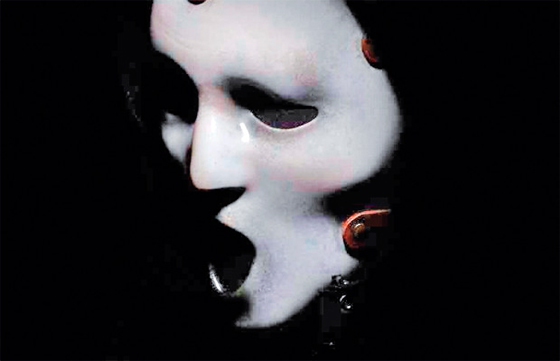 My Little Pony: Friendship Is Magic is about to celebrate its 100th episode on June 13th! Here’s a clip from the episode that includes excellent music for a wedding~ Whose? Well, watch the show and find out!

Fear The Walking Dead Casts executive producer Robert Kirkman talked about the timeline of the spin-off, and despite how it ends right after the zombie outbreak, it will soon match up with the series.

Paul Feig explained why his Goshbusters ain’t a sequel, but a reboot:

We finish this column with the kind of things geeks want to know: Who would win in a fight between Captain America and Star-Lord. Chris Pratt got asked this most important question, and this is his answer:

Steve Rogers would kick the shit out of Peter Quill in a fair fight, but I don’t think Quill and the Guardians fight fair. I would put my money on Quill. If it was a straight UFC match, Captain America wins 100 out of 100 times. But, when you have Rocket Raccoon, who has your back, and he can take apart an air conditioner and turn it into a nuclear weapon, you have an ace in the hole.

–
And that’s it for the week. Before I go, I want to wish Happy Birthday to Colin Farrell, Clint Eastwood, Morgan Freeman, Zachary Quinto, Dominic Cooper, Morena Baccarin, Keith David and Angelina Jolie. 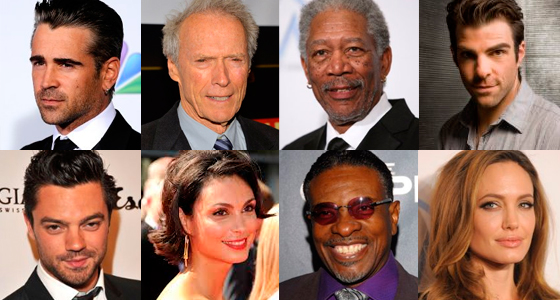