Greetings, fellow fangirls and fanboys! This week there’s has been casting news, script news, info about new TV shows and movies based on Disney properties, and Marvel has things ready for a relaunch. Yep. A relaunch. Here’s how the week started.

So yeah, that Outlander finale. It was painful and Sam Heughan should get some recognition for excellent acting skills. I have seen him as serviceable, but in that last episode, he was magnificent. Anyway, here are some things showrunner Ron Moore has to say about the series and what we will see in the second season. Which will be Different! And not just because the main characters are now in France~

[…] The story is also different in that it’s much more political, it’s much more conspiracy, it’s much more lies and gossips and double dealing in Paris salons and so on, and building towards a war. It’s all setting the stage for the Jacobite invasion of Scotland, and will history repeat itself.

Here’s another lovely LEGO Jurassic World trailer. And damn I have all these feels!

Stan Lee is done filming his Captain America: Civil War cameo. Except, according to him, it’s not a cameo anymore!

I just finished my cameo in the new Captain America movie the day before yesterday in Atlanta. They should stop calling them cameos and start calling them supporting roles.

Here’s some info about the plot of Marvel’s YA novel Black Widow: Forever Red, written by Margaret Stohl (who also wrote Beautiful Creatures),  Yes, Marvel also does YA novels now!

Black Widow: Forever Red tells the story of Natasha Romanoff and the two teens who find an unlikely way into her life—particularly Ana Orlova, a seventeen-year-old Russian girl now living in Brooklyn. The novel takes us from New York to Eastern Europe, and we get to see more of Natasha’s backstory than we ever have before. 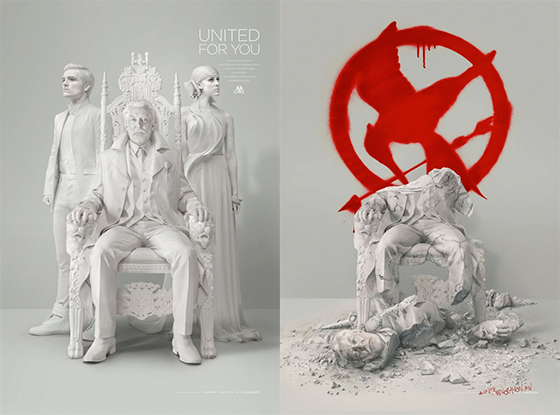 Sofia Coppola won’t direct Disney’s live-action adaptation of The Little Mermaid over “creative differences”.  Also, did you know that the film had previous drafts done by Fifty Shades of Grey’s Kelly Marcel and Shame‘s Abi Morgan? Well, Disney certainly wanted something different with this one! The current rewrite is being done by The Nightmare Before Christmas‘ Caroline Thompson. Well, that’s more like it. Kinda. Oh well, hope they get another female director for The Little Mermaid. As for Sofia Coppolo… at least, we will always have this pretty legit parody trailer~

Jurassic Park is like Star Wars. Different directors can give a different taste to each movie. I would be involved in some way, but not as director.

As for people who have job security, Academy Award Winner Eddie Redmayne is officially part of the Wizarding World! Yup, dude finally got the Newt Scamander role in Fantastic Beasts and Where to Find Them. Get ready for it on November 2018. I do wonder if his acting will be like the nuanced stuff that won him an Oscar, or he’ll go “I CREATE LIFE! And I destroy it” on our asses.