You know how we were practically promised that Avengers 3 will finally mean the heroes dealing with Thanos and all the stuff with the Infinity Stones? Rumor has it they could split that story in two movies! If it’s good for Harry Potter, The Hunger Games, The Hobbit, etc, it’s good for Marvel, ok!

We also have rumors from the new Fantastic Four movie! You know how Michael B. Jordan and Kate Mara don’t look like biological siblings and thus we all suspected that either Sue or Johnny Storm were adopted in this version? Well, contrary to what many thought, the guys at Schmoes Knows claim that “it is actually Mara’s Sue Storm who is adopted in the film, with her and Michael B. Jordan’s parents being African American”. Well, that’s interesting!

Simon Kinberg has a long interview with Yahoo! about X-Men movies in general and X-Men: Apocalypse in particular. We got a lot of info, like the correct chronological order of all the X-Men movies; that because of the things that happened in X-Men: Days of Future Past the timeline is now different and Jean and Scott ain’t dead; Logan is still getting his Adamantium claws; Magneto is indeed Quicksilver’s dad and Mystique probably already gave birth to Nightcrawler; we might get Scarlet Witch, and many more stuff! 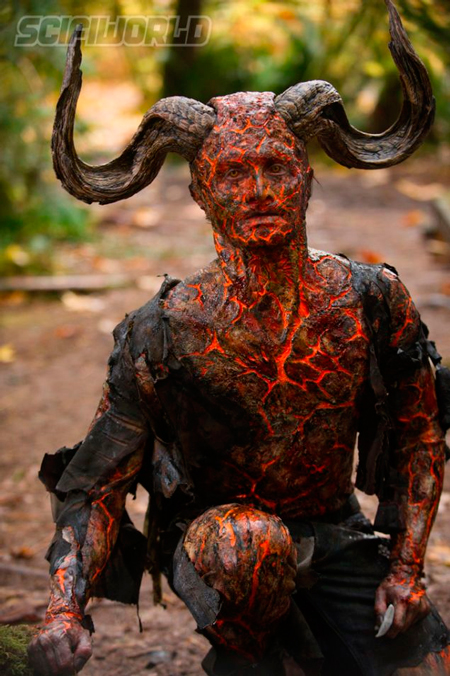 That movie they were trying to make for so long about Y: The Last Man? Yep, not going to happen. Dan Trachtenberg, the latest director attached to project, tweeted that the rights for the book had returned to its creators, Brian K. Vaughan and Pia Guerra. Trachtenberg talked with /Film about what could have been, and that Vaughan “will ever want to do anything more with it”.

The script was essentially the first two trades. Taking inspiration from the original Star Wars (Episode 4) – we wanted to tell a complete story…but not the whole story. Hoping that, in success, we could get tell the rest of our serialized adventure.

OMG! The trailer of Legend of Korra: Book 4! The exact moment of the Important Haircut! OMG so many things to look forward too! Like her new haircut! Did I mentioned Korra gets a haircut? Also, yay a female villain! And, is that Toph?

Now, onto Outlander stuff! Here are 16 fascinating facts about the series! Because I love lists and it’s been a while since I posted one here! One interesting fact? Sam Heughan is such a geek!

The 34-year-old native Scotsman admits he was “desperate” to get cast on Outlander, in part because of executive producer Ronald D. Moore’s work on Star Trek and Battlestar Galactica, and he even managed to get some time on the lunch break during his screen test to talk to Moore about Captain Kirk. Heughan is also obsessed with another little time travel franchise known as Back to the Future.  “I think that is one of the best trilogies ever made,” he told us, and Caitriona added, “Sam tries to talk about it every day, if he can.”

Also, Tobias Menzies talked about the stuff we will see in the mid-season finale and why they were different from the book:

This is one of the episodes that departs from the book most because [we] go back and see what has been happening with Frank in these intervening months since Claire (Caitriona Balfe) disappeared, and obviously, that is not in the book. I think one of the things that the writers are trying to do is, obviously, build Frank up, but also to see a bit of Jack in Frank, and to see what happens when Frank is unraveling about it all.