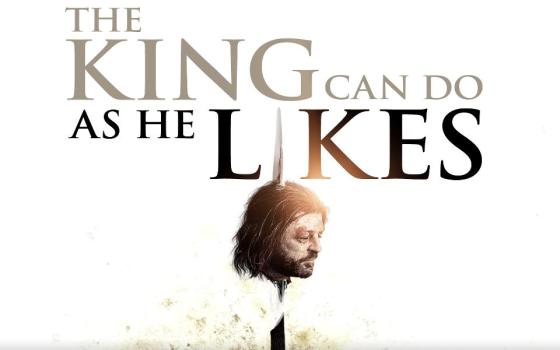 HBO’s Game of Thrones continues its second season with the aftermath of Ned Stark’s death. With Ned and Robert Baratheon dead, Joffrey Baratheon (Jack Gleeson) — the illegitimate king and product of incest — now sits at the Iron Throne. While nearly everyone has a hard time dealing with him because of his terrible personality and attitude, it’s up to Tyrion Lannister (Dinklage), the Hand of the King, to cool down Joffrey before things get a lot worse in King’s Landing.

Meanwhile, everyone is plotting to take over the Iron Throne. Renly Baratheon (Gehtin Anthony) and Stannis Baratheon (Dillane), Robert’s brothers, are building up their own armies to invade King’s Landing. On the other hand, Robb (Madden) and Cateyn Stark (Fairley) are set to rescue Arya (Maisie Williams) and Sansa (Sophie Turner), while also trying to avenge Ned’s death. And despite losing her husband and brother last season, Daenerys Targaryen (Clarke) is now nurturing her three baby dragons and awaiting the right time to claim back the Iron Throne that once belonged to her father. On the other hand, Jon Snow (Harrington) and the Night’s Watch travel beyond the Wall in search of potential threats.

Season 2 continues with the show’s themes of relationships, honor, betrayal and conquest, while following the events described in A Clash of Kings, the second book from George R. R. Martin’s A Song of Ice and Fire series. However, Season 2 also borrows elements from the third book, A Storm of Swords, not only to keep moving the storylines for the likes of Jamie Lannister (Coster-Waldau) and Jon Snow, but this is also used to set up the upcoming events for Season 3, premiering next year.

New characters in Season 2 include the magical priestess Melisandre (van Houten), who has a strong influence over Stannis, also a new character to the show. There’s also Jaqen (Tom Wlaschiha), who aids Arya Stark halfway through the season. Merchant prince Xaro Xhoan Daxos (Nonso Anozie) helps out Daenerys in the desert. We also get to see Theon Greyjoy’s (Alfie Allen) father (Patrick Malahide) and sister (Gemma Whelan), who end up making Theon prove his worth to his family. Healer Talisa (Chaplin) develops a romantic relationship wth Robb Stark, while wilding Ygritte (Rose Leslie) starts to bond with Jon Snow. There are more characters that I could talk about, but I won’t because there are too many. 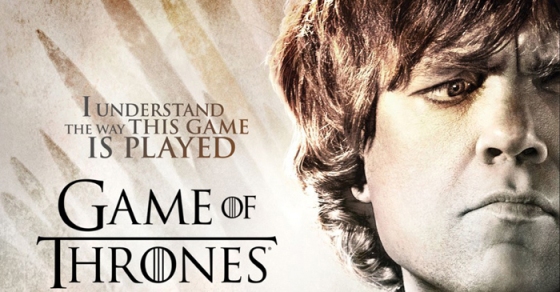 Along with its fantastic film-like production value and stunning scenarios, Game of Thrones boasts its power and appeal in the way the characters are layered out as well as the great cast behind them. The difference between Peter Dinklage and the rest of the cast (bar Sean Bean) was pretty big during Season 1, but not anymore. While Dinklage is still the best actor of Game of Thrones and flawlessly plays the anti-hero role with nuance, grace and humor, Season 2 has nearly every actor performing at a high level.

Lena Headey’s Cersei Lannister feels a lot more antagonistic while dealing with Tyrion and making the viewer feel symapthy for Sansa — by the way, Sophie Turner’s acting improved a lot this season. Carice van Houten, whom I saw first in Zwartboek and was great in it, made Melisandre an unforgettable presence. Maisie Williams was engaging, as Arya had to conceal her true identity everywhere she went and even dealt with Tywin Lannister (Dance) of all people. And during his few minutes of screentime, Nikolaj Coster-Waldau displayed great acting chops, as Jamie deals with being a prisoner and later interacts with Brienne (Gwendoline Christie), which led to great moments in Season 2. While the rest of the cast also play their parts well, special mention should be made for Charles Dance, Michelle Fairley, and Emilia Clarke.

While still stellar to watch, Season 2 isn’t without its flaws. At first, the show gets kind of dizzy with introducing new characters. Then, engaging characters such as Melisandre and Daenerys get sidetracked during the season, which might be a turn off for the fans who haven’t read the books. Kit Harrington’s acting is okay at best. But the weakest part of Season 2 was easily Jon Snow’s storyline, which dragged the pacing of the episodes.

All in all, Game of Thrones is the kind of show that wouldn’t exist on television if it wasn’t for HBO. The events that take place in Season 2 are pretty expensive to pull off, especially with a big battle happening near the end of Season 2. But the acting and storytelling behind the show make it one of the very few television shows that makes you care for TV more than you would for most films out there in the cinemas.