Here we have our first decent look at particually built Millennium Falcon and new X-Wings from the Greenham Common set of Star Wars Episode VII! I appreacite more and more that J.J. Abrams ain’t making everything CGI! 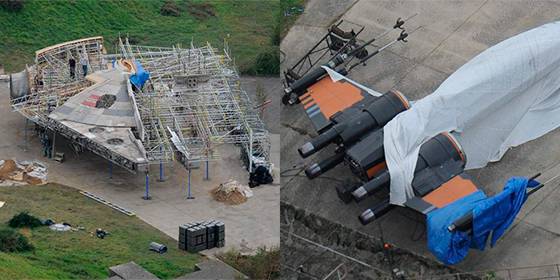 You know, how they claimed Deadpool was going likely going to be PG-13? Well, co-writer Rhett Reese tweeted that’s not set in stone yet!

As for a Fox movie that is actually moving forward, some news about X-Men: Apocalypse! Well, most obvious news actually, but news nonetheless! First, it’s been confirmed officially Bryan Singer will still the director. Also, producer Simon Kinberg confirmed they would recast Cyclops, Jean Grey and Storm if they were to appear in X-Men: Apocalypse. Well duh! They would be young teenagers in the 80s!

If we included some of the original X-Men like Storm and Jean and Scott and other in Apocalypse, yeah we’d have to recast them, as Apocalypse takes place a good twenty years before [the first] X-Men, which was now, insanely, a good ten to fifteen years ago.

Gotham showrunner Bruno Heller talked about many things, including the possibility of DC Universe crossovers, how important was to cast a young Bruce Wayne, and of course Joker’s part in this series… and also, an interesting tidbit about maybe a proto-Joker and a proto-Batman:

The Joker didn’t think of his shtick all by himself. There must have been someone before who The Joker saw and thought, ‘Oh, that’s a good shtick. I could work with that and make it better.’ It’s the same with Batman. There must have been other vigilantes before him who didn’t pull off such a good act. We’ll play around with those ideas in Gotham.

Here’s our first look of Benedict Cumberbatch as Richard III in BBC2’s second cycle of The Hollow Crown! Our Posh Alien Prince looks damn haggard though! That weave ain’t good! Also, here’s a better look… of his derpy face~ 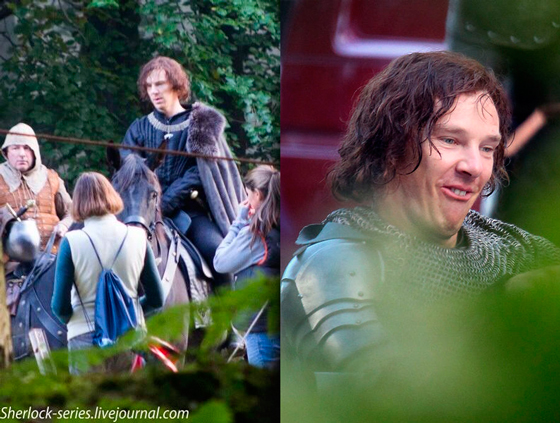 In other news, habemus main cast for True Detective Season 2! And they are Colin Farrell and Vince Vaughn! Also, Justin Lin will direct the first two of the eight episodes. Here’s more about the characters Farrel and Vaughn will play:

The new season sees Farrell as Velcoro, a compromised detective whose allegiances are torn between his masters in a corrupt police department and the mobster who owns him. Vaughn will play Frank Semyon, a career criminal in danger of losing his empire when his move into legitimate enterprise is upended by the murder of a business partner.

Oh yeah, Gotham had great ratings! That’s a great debut and I hope it keeps its good numbers. It has been well received as far as I am aware.

Marvel’s Avengers Assemble Season 2 debuts this Sunday, and IGN got a new poster and the first clip of the series. Even if I probably won’t ever love it as I loved Avengers: Earth’s Mightiest Heroes, I do hope the series keeps doing well because I like it fine enough! Besides, they are getting Thanos and the Infinity Stones this season!

I’m happy to be the ensemble. I’m not scratching or clawing to do a solo movie by any means. I think he’s a utility guy that can bounce around into other people’s universes a little bit, especially like Cap 3.