University of Baltimore will offer a class on Marvel Movies! And why didn’t I have that when I was studying! Oh right, there wasn’t a MCU back then, and my university is not the kind to do that… maybe a two-hour seminar with luck! Here’s what the press release of said course (to be offered in the 2015 spring semester) had to say:

The course, “Media Genres: Media Marvels,” will examine how Marvel’s series of interconnected films and television shows, plus related media and comic book sources and Joseph Campbell’s monomyth of the “hero’s journey,” offer important insights into modern culture. The course is believed to be the first of its kind in the country.

Here’s a first look at Adrianne Palicki as Bobbi Morse (not yet Mockingbird it seems) in Agents of S.H.I.E.L.D. For now, Bobbi is the head of Hydra Security, and we will see if she ends up as friend or foe. Palicki also talked about her role and scary awesome chance that is working for Marvel:

There’s fear in it too. I know if I play this character, I probably would never play another Marvel character. There’s different questions you have to ask, and you ask about that too. Where is this character going? All those silly fears that you get being locked into something, but I have to say working with this group of people has been amazing. 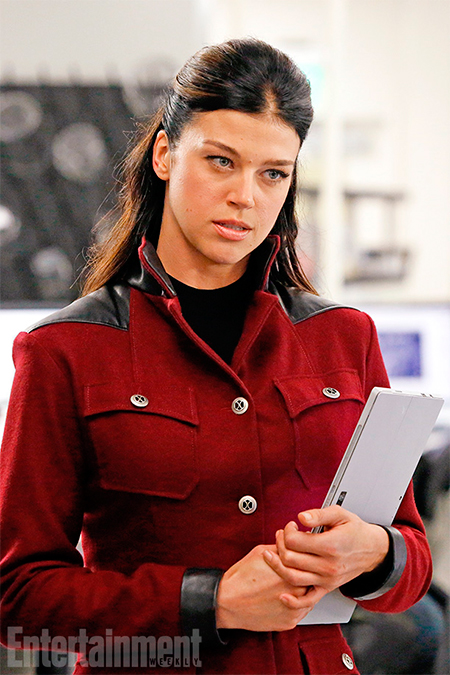 So, that Prometheus sequel that we will finally going to get… probably? Ridley Scott said we won’t have xenomorphs in it! Well, there are lots of place Noomi Rapace and the head of Michael Fassbender can travel, I guess? Aw, I will miss those xenomorphs tho!

The beast is done. Cooked. I got lucky meeting Giger all those years ago. It’s very hard to repeat that. […] There’s only so much snarling you can do. I think you’ve got to come back with something more interesting. And I think we’ve found the next step. I thought the Engineers were quite a good start.

Yep, that Pride and Prejudice and Zombies movie adaptation is totally moving forward. Now we have two Lannisters joining! But we don’t know what Lena Headey and Charles Dance are playing yet.

A couple of Tumblr viral sites to promote X-Men: Days Of Future Past Blu-ray release have launched!

The first is Tandem Initiative: A page seeking to unite mutants (or “genetically gifted”) the world over. You can join up, load a picture, tell your story and also check out some images of others displaying their powers. The other is M-Underground: This page exists to “expose those who wish to create a rift between humans and the genetically gifted.” There are images, reports and videos highlighting the various ways in which mutants have been made out to appear as a threat to humanity.

Outlander will resume its first season with its final eight episodes on Saturday, April 4… why must you hurt me this way? At least, I have experience with Sherlock with waiting~

Sam Heughan talks about what we can expect from those episodes:

We’ve got some great episodes coming up, and I think the cliffhanger is – it’s just the beginning, really, like almost these first [several] episodes are just setting up the whole dynamic between the Black Jack/Claire/Jamie relationship, but also, all the other politics going on and the Highlanders and between them and the British army, time travel. So by the time we come back for the second half of the season, the show just gets sort of darker. The stakes just are raised again.

Because Fox wants to take as much fanboy (and fangirl) money as the can, and thus they will release a “Rogue Cut” of X-Men: Days of Future Past where we can finally see Anna Paquin’s cut scenes and even more stuff that was cut. This extended version will become available in the first half of 2015, most likely during the summe. Here’s what writer/producer Simon Kinberg had to say:

Once upon a time (ok, back in 2008), Eurythmics’ Dave Stewart wrote a graphic novel called Zombie Broadway. It is exactly what you can image it is with that title. And now it will be a horror musical movie! Yay! 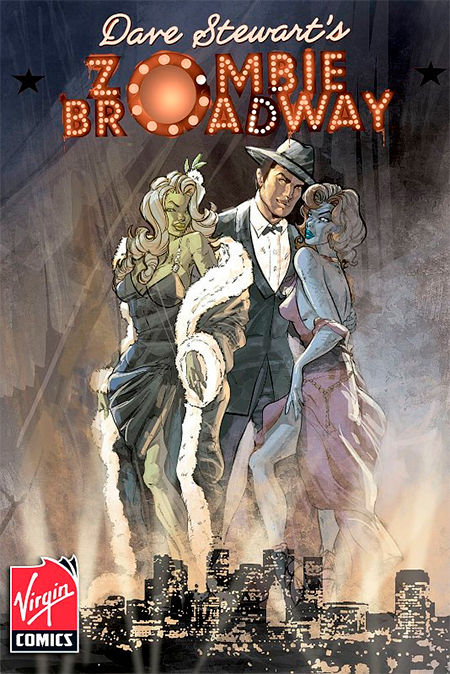