Cast your mind back over the last 12 months of Hollywood movies. How many lead female roles can you recall? 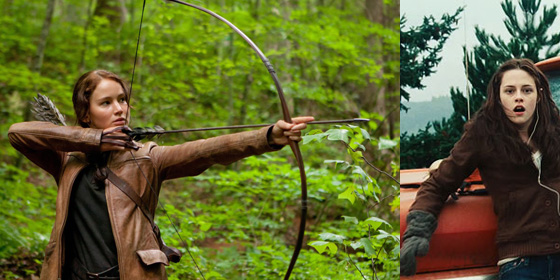 Teen-oriented franchises like Twilight and The Hunger Games aside, it’s a fact that women are less represented than ever in major films. A study by the University of California published results in May 2013 and showed that just 28.4% of speaking characters in the top 100 movies (ie. highest grossing in the US box office) were female. In 2010, the percentage came in at 32.8%.

USC researchers [1][2] say that this trend is because of the prevailing belief that attracting a male audience is vital to ensure box office success. It’s also a fact, unsurprisingly, that women characters are more – and likely to be far less sexualized – in films directed and written by women.

Women actually played a very strong part in forming and developing the industry in its very early days. Female stars of silent films helped to propel the popularity of the movies, although it’s true that many were celebrated for their looks rather than their acting ability necessarily. The realization that women are continuing to be under represented is sobering, when there is so much talent out there from both men and women, why is it that female actors are struggling to get their voice heard?

To remind ourselves of the great female parts in major films over the decades, we take a brief look at the female characters who have echoed through the decades in traditionally male dominated genres.

Princess Leia, although beautiful and ostensibly needing to be rescued, showed she was plenty strong and intelligent enough to fight for her cause – with or without the heroes of the Star Wars trilogy. Carrie Fisher’s portrays the rebel fighter, particularly in Episode IV: A New Hope, as strong, feisty, capable and decisive. But, more importantly, she is remembered as a vital part of the most successful franchises of all time. 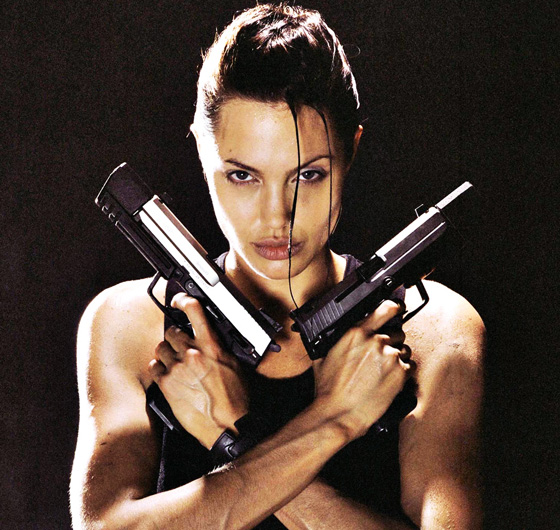 Perhaps the best example of a strong, female character actress is Angelina Jolie’s work across many different action films and genres, including Lara Croft in the Tomb Raider movies and her portrayal of a CIA agent in 2010’s Salt (a role that was originally written for a man and was going to be played by Tom Cruise). Angelina’s past work shows a number of memorable and important female characters who didn’t get lost among the male leads.

Among the memorable characters of the classic Casino, Sharon Stone’s Ginger McKenna holds her own. Stone carried the movie with her portrayal of the spoiled, selfish and manipulative Ginger, who brought down her lover Sam ‘Ace’ Rothstein and ended his time as the undisputed ‘king’ of Las Vegas. Stone deservedly won a Golden Globe for Best Actress and an Oscar nomination for the same category.

Similarly, Casino Royale, the big Bond comeback, wouldn’t have become the highest grossing Bond film in history without the pivotal female character of Vesper Lynd, played to perfection by Eva Green. Casino Royale features a scene in a casino, as many of the bond films do, which may make you fancy visiting one yourself. Instead of visiting one, why play the real US online casino now, where you don’t have to move from your home, yet you can get into the spirit of the Bond-style casinos.

This is just a tiny sample of the great female characters that stand the test of time. We want more of these, not less. Let’s hope the ratio of male: female in popular films evens out – and soon!