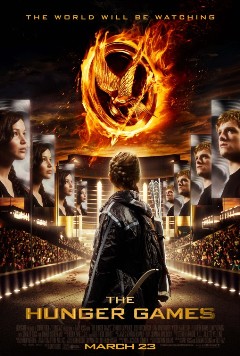 “Happy Hunger Games! And may the odds be ever in your favor.”

There is a reason why YAM Magazine voted for The Hunger Games as one of the 15 most anticipated films of 2012: the premise of a woman fighting for her life in a televised combat tournament with plenty of guaranteed deaths sounds very appealing. Plus, the trailer [1] made the film look exciting.

But how does The Hunger Games work?

The film deals with a tournament that forcibly selects 12 men and women, aged 12-18, from each of the 12 participating districts from Panem. Each contestant — or ‘tributes’, as the film calls them — battles to death until only one person is left. The winner receives honor, gifts, and enough food and supplies to never worry about anything ever again.

When District 12 selects 12-year-old Primrose Everdeen (Willow Shields) to participate in the tournament, her older sister Katniss (Lawrence) steps up and does something unexpected: she saves her sister’s life by volunteering to participate in the Hunger Games. Before the tournament begins, Katniss prepares herself to, not only survive against the other tributes — including District 12’s male tribute, Peeta Mellark (Josh Hutcherson) — but also to “put on a good show” in order for sponsors to gain interest in her and send useful items to survive the tournament.

Directed by Gary Ross (Pleasantville, Seabiscuit), The Hunger Games spends the first half of its duration building up the tournament, while the second half deals with the inevitable. Katniss is helped by the friendly stylist Cinna (Kravitz) and mentored by Haymitch (Harrelson), a previous games survivor who preps her for success. Despite their screentime, both Kravitz and Harrelson were great in their roles — Harrelson switching from careless drunk to caring mentor was easily one of the film’s biggest highlights.

Jennifer Lawrence’s performance is pretty good and she makes it easy to sit through The Hunger Games while providing some insight regarding how Katniss really feels about the tournament’s concept, her family and Peeta. Despite Lawrence’s efforts, the film presents some big problems that are inevitable to notice.

First, the execution of the tournament wasn’t really that exciting despite all the deaths. Second, the love story between Katniss and Peeta didn’t spark much interest in me from an emotional standpoint. Third, and even worse, the shaky camera is annoying no matter if it serves to give The Hunger Games a realistic and horrifying feel.

Overall, The Hunger Games is a good film with a pretty good build-up to the tourmanent along with some really good moments during the second half. Maybe you will enjoy it a lot more than I did. However, the film’s story has been seen before in works such as The Running Man and Battle Royale. While it might be unfair to compare The Hunger Games to Battle Royale because the former is based on a novel for young adults, the latter did a much better job in illustrating a deadly tournament along with a gripping storyline than The Hunger Games did.