Family Guy: What Makes It a Huge Success? 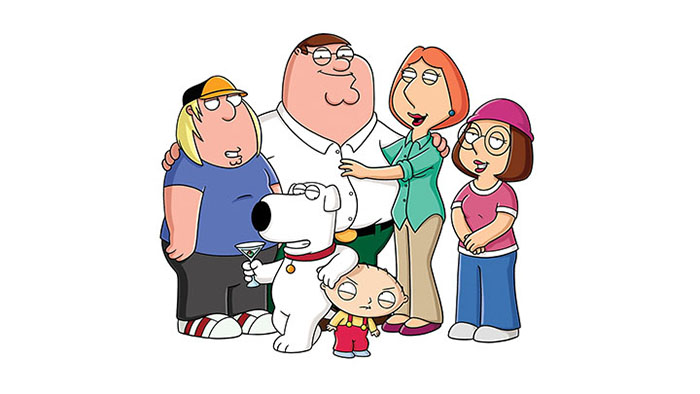 Family Guy is an animated American sitcom that was created by Seth McFarlane and was originally released in 1999. There are currently 16 seasons and it is widely touted as the most watched broadcast comedy among young men. The show follows the lives of the Griffin family, Peter, the working father, Lois, the stay at home mother, Meg, the teenage daughter, Chris, the awkward and overweight teenage son, Stewie, the gay baby and their anthropomorphic pet dog Brian.

It is set in fictional Quahog, Rhode Island. The series has experienced global success and has seen spin off franchise products such as books, a Family Guy slot game that can played at online casinos such as Unibet, video games for the Playstation, also merchandise such as clothing, and DVDs. There was even a set of live Family Guy performances that took place, which saw cast members reading out old episode scripts and musical numbers. What makes the franchise so popular and universally appealing?

Similarly to The Simpsons, the show has a comedic element that can appeal to both adults and kids alike. Jokes are made in almost every scene, some aimed at adults and some at kids, as long as they are over 12. You could have watched an old episode as a teenager then, if rewatched later on in life, you would be surprised to suddenly pick up a load of new jokes in the dialogue that totally went over your head previously. This is why it is a great re-watch whenever there’s reruns or you decide to pick it up online.

Topics such as sex, disability, terrorism and religion are all used for humour purposes, but as it is an animated series, it manages to be very funny and get away with the use of controversial material. It also makes good use of stereotypes, enhancing the comedy, such as the single bachelor and the depressed teenager. Even though it is littered with jokes throughout, it does have a good combination of ‘dumb’ and smart humor; and the more astute viewers will pick up on the more intelligent jokes scattered throughout.

When you tune in, you don’t know what to expect. With its episodic format, it makes it unpredictable every time you tune in. Even if it seems like a stereotypical episode around a plot theme like losing a job, or going on date, there is always some clever twist that the viewer probably won’t have seen coming.

The best thing about Family Guy, in addition to the talking babies and animals which have the ability to cheer anyone up, is that it just generally makes life a little lighter.