The band was definitely one of the fan highlights of the evening, much of the crowd exploding into raucous applause when their introductory clip lit up the back wall of the stage before they started to perform. I’d heard of the band prior to coming to SXSW, but just as with almost every performer I saw during the festival, this was my first time actually hearing their music, most certainly seeing them live. Lead singer Annie Ko has an energy belying her impish voice. She most certainly made an impression on everyone in the audience—the woman standing next to me whispered, “The lead singer is very handsome (English wasn’t her first language, but I understood exactly what she meant: Annie is definitely beautiful and charismatic). With soft vocals when tender and sincere and soaring high notes when reaching her peak, she definitely doesn’t lack for stage presence and a joy for performance that permeated throughout the band’s set. Even having to pause for a couple minutes to allow staff to fix a problem with the drum set did nothing to curtail their enthusiasm, and the love for LXS was explosive and undeniably deserved. This was another band I held a bit of reserved concern for, as the members were also very close to Myoung-shin. Though it was obvious there was a heavy weight on their shoulders, they performed admirably, and really only those close to the band would be able to hint any sort of overwhelming lack of energy. 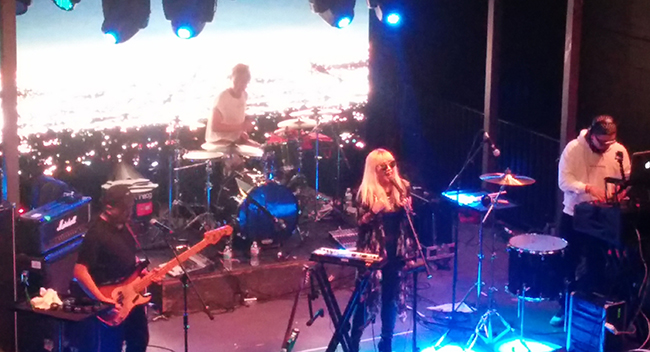 Another fan highlight, and certainly one of the crowd draws, Mamamoo was met with probably the biggest ovation of the night thus far. Unlike all of the artists prior, I’d both heard of and listened to Mamamoo. I was in love with their dynamic: ferocious women with large voices and a playfully sensual stage presence. Trust me, their live performance far outshines anything you could imagine on a computer or television screen. In striped T-shirts and bell bottoms, it was obvious the group was both comfortable and confident on stage. This was their first time in the States, from what I understand, certainly their first time in Texas, and though they jokingly bemoaned the oppressive heat, their excitement was palpable. Though I’d heard some of their music, I was impressed by just how impeccable their vocals were. They certainly present definite En Vogue vibes: big voices, big harmonies. and even bigger personalities. Every song they sang was met with screams, both male and female alike. They were generous with their time, and certainly of their interactions with the crowd. Though they were the only group to use an interpreter on stage, what they communicated was clear: love of what they do and those who appreciate how they do it. 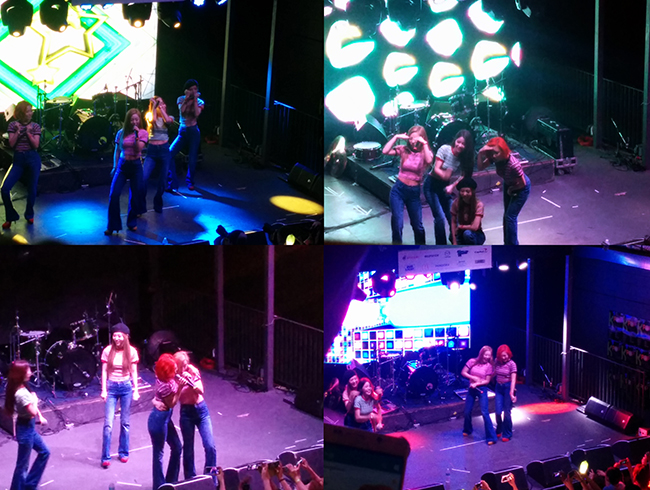 The most unfortunate part of the evening was Haihm. Not because of her music. Quite the contrary. The house was jackin’, and she definitely has a very garage essence about her: guttural and raw house that’s open enough for impromptu improvisation, but crisp enough to have deep soul. The unfortunate failure was her placement. With the Belmont over half filled with people who really only wanted to see Mamamoo or were waiting for Zion. T, the night’s headline, Haihm’s honest-to-goodness house got lost in the fray. Her stage show was partially to blame. As this was an outdoor venue, it was not conducive to allowing her full light show to take flight. She also needed the house lights on in order to see her sound board and computer, so the atmosphere sort of mellowed, like the audience after the end of a film.

Much of the crowd left after Mamamoo, which is unfortunate because the actual thump and scatter-beat of her music is just phenomenal. Her sound touched me for sure, but her placement left the stage cold, and that’s a sad turn of events for a night that, for the most part, flowed consistently from act to act. But that doesn’t diminish what she’s capable of  at her mix table. She’s got clean transitions and powerful music that sits in the chest, expands, and fills the listener up with energy—even if it’s while they wait for other performances. And as her set reached its apex, those appreciative of elemental house began to make their presence known, some jumping and others swaying in a sort of euphoric reverie. So all was not lost, but the organizers really should’ve put her closer to the beginning when the music was meant to whet the appetite, instead of in the middle between headlining pop and R&B acts that served as the main course.