For the past five years, I’ve had the fortune (or absolute misfortune depending on perspective) to be a part of the Greek tragedy that sometimes is K-pop. However, in that time I’ve been lucky enough to experience a wide array of Korean artists across many genres. But in my appreciation of Korea’s musical history, I’ve always felt more of an outsider than most non-Koreans who take part in the Korean music scene because I’ve never once been able to actually see any Korean act live. Well, thanks to YAM Magazine, I’ve actually been blessed with an opportunity to not only see a live performance from a Korean act (my first being Dean—you can read about that experience here), but to actually witness many acts do what they do best.

It truly was a spectacular occasion, with fans of any number of artists winding around two blocks just to get into The Belmont. Finally getting into the venue, it was obvious my stature wasn’t going to allow for the best experience on the floor, so I traveled up to the balcony, found a spot, and left my mind open for an experience that was truly unlike any other. Even the setup was exciting: a video board behind the drum kit, each artist with their own little clip introducing them, their music videos playing on a randomized loop until each one ascended the stage. The anticipation was thick, the energy palpable. We waited for about half an hour before the first band hit the stage. And suddenly everything just came alive.

The band has its own following of fans who were out in full glory. The applause when they took the stage was quite heavy, taking an already buzzing atmosphere and pushing it to the energetic roar of a full-out concert. The band’s music is something akin to smooth disco-funk: there’s a heavy throb, but it’s soothing. It’s lo-fi without the inevitable drag or lull in music. They opened with single, “So Far,” and I was all in from that moment on. Enigmatic lead singer Jung Bong-gil is so comfortable on stage, no wasted movement and a silken voice that really does penetrate through the heaviness of the music. Bassist Lee Ru-ri is almost angelic behind her guitar, but she’s got all the funk and drive indicative of the instrument. However, the pianist, the mercurial Go Hyung-seok, was the true rock star. While their sound may have been on the lower-fi end of rock at a grab-bag showcase of amazing Korean talent, he played like he was the headliner, playing center stage at Carnegie Hall or South Korea’s Seoul Arts Center, giving the fans all his love and energy. Bye Bye Badman’s stage set the pace for the rest of the night: electric, energetic, and unyeilding passion. 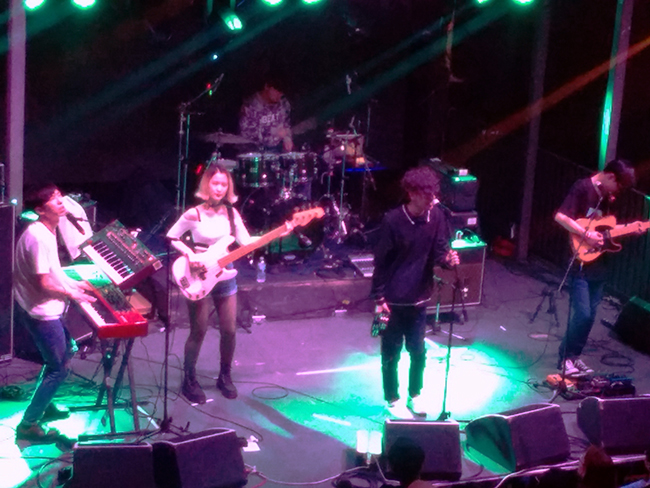 For the next couple stages things were a bit melancholy. There was a definite pall over the event (and for much of the remainder of SXSW). The death of Myoung-shin Ki, founder of record label LoveRock, weighed heavily on most of the indie acts as the festival progressed. He was a beloved figure in the Korean indie world, someone who made an impact not only on the Korean music scene, but on every person he ever came in contact with. Along with bands Galaxy Express and Dead Buttons, it so happens LoveRock is Victim Mentality’s record label. So the atmosphere was heavy, and I found myself wondering how everyone would handle their performances after finding out (some that very day) about the passing of someone close to them.

However, my fears were mostly allayed when the band hit the stage. Every bit as full of blood, sex, and rock & roll as any piece of ancient metal from the ’80s and ’90s. The energy was raw. The emotions ran high. The swagger was so thick it’s like lead singer Krocodile was attempting to impregnate every female in the audience (and I’m not wholly convinced he didn’t succeed). As I mentioned, I was concerned for the members of the band more than anything else, about where their emotions would be after news about Myoung-shin, the veritable patron saint of K-indie, passing away the night before their performance. However, instead of letting it hinder them, they gave a performance for the ages, being as dedicated to entertaining the audience as ever, engaging, singing, and playing with everything they had from the moment they hit the stage for final sound checks until they waved goodbye. 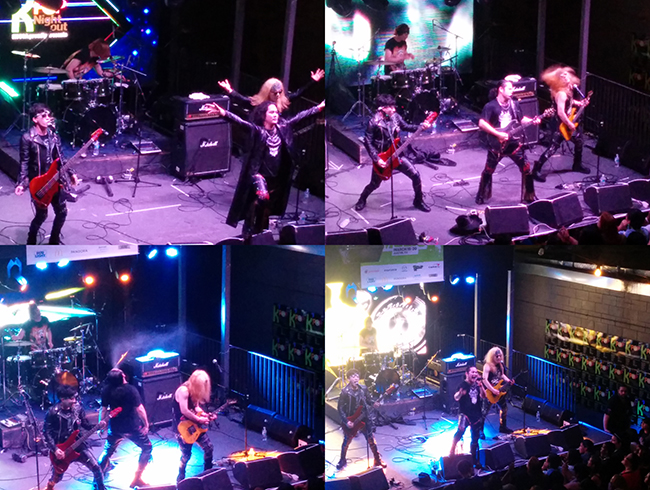