This was definitely one of the performances I was anticipating. My new appreciation of this young talent went a long way for setting my expectations for his slot pretty high.  Truth be told, my second time seeing Dean didn’t quite have the same impact as when I saw him at Spotify House. It could’ve been the distance (I was actually only two or three people away from him at the intimate Spotify venue), or it really could’ve just been because my first time seeing him was so magical. There’s just something about discovering someone for the first time. Your eyes are suddenly opened to the experience, your perspective completely twisted.  That being said, while not as flawless, per se, as his first performance in front of a more intimate crowd, he genuinely puts so much of himself into each song. To me, however, it was apparent he was a bit tired, and though he continued admirably through a few minor flub ups with music and props (the chair for his dramatic performance of new track “Bonnie & Clyde”), there was still something missing in this version of the previous day’s performance. But that doesn’t at all diminish my adoration of the young man. He’s definitely got a charm that just dives off stage and wraps its arms around his audience. 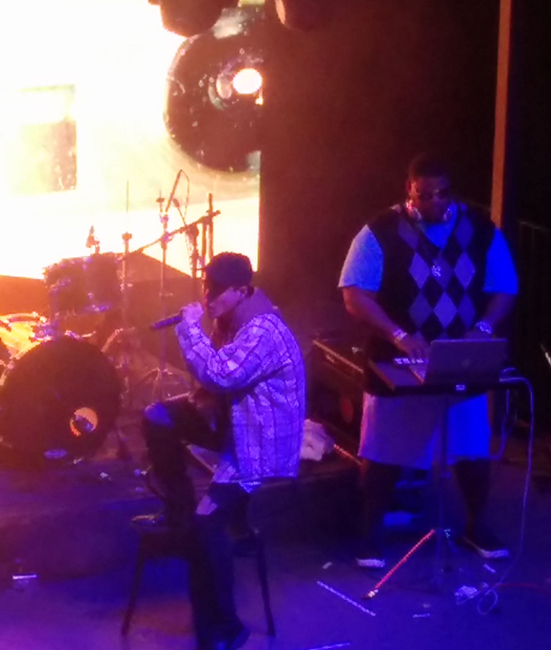 Now for the surprise of the night, and believe me it was a surprise. If you’ll recall in my blog post about Dean, I’d actually put off listening to the young maestro because of his associations with Zion. T. I know, I know. It’s stupid, but I really didn’t find myself drawn to anything I’d heard from Zion. T. However, I was in line early enough to hear his sound check, and damn…. While listening I thought, “This can’t possibly be the guy I’ve heard before. Where did all this soul come from?” Trust when I say the few muffled notes of honest-to-goodness soul I heard through layers of concrete and distance was nothing compared to what happened when I finally saw him hit the stage. Firstly, he truly is this lanky, tall piece of something in a long spangled coat and sunglasses. Beyond that, all I heard was his music.

Let me just tell you, the brotha is smooth. An old-school sort of essence flaots around  him, as if he was plucked straight from the soul crush of the type of R&B produced in the ’90s. In fact, with his backing band “The Session,” he fashions himself his own version of D’angelo’s The Vanguard: a brilliant band to bolster his silky smoothness. There were most certainly shades of Maxwell and early D’angelo in his delivery and the sweetness of his groove. I definitely wasn’t prepared for this flavor of R&B from South Korea: a sort of post-Purple Rain Prince vibe that’s all Quiet Storm grooves that rock the body from the inside. There’s a decidedly neo-soul flavor to his music and his mellow performance that certainly proves, if nothing else, he earned this feature spot as the night’s closer (and definitely my second pair of pantaloons in as many days). 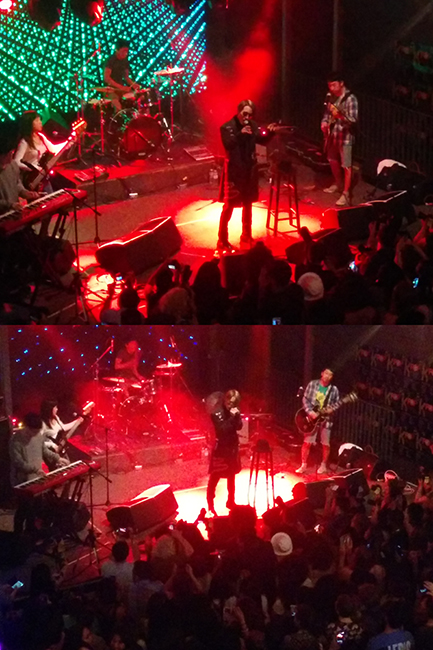 As the night came to a close I was bristling with energy and excitement. After an event like that, you just don’t want the night to end. Granted, it had been a long day and my feet hurt (after all, I was standing the entire night on the balcony in heels, respectable and comfortable heels, but heels are heels), I couldn’t shake the need to do something. K-pop Night Out is one of those events you must experience. There were people who got wristbands for the sole purpose of attending this showcase, and really from what I experienced and felt afterward, I can’t blame them.

(All images compliments of my phone’s camera.)