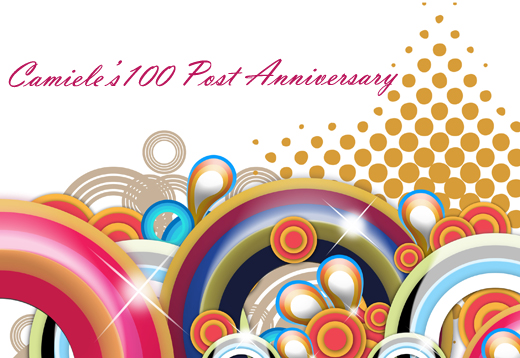 Where do I even start? I guess the beginning is the best place, yes? It was about mid-June 2010. I was actually working as a guest blogger for an online costume shop that wanted to become more of a presence on the web. As a result they hired some writers to write blogs for different websites for promotional purposes. I’d been working for them for about… two weeks? The second blog I was assigned to was a then-PDF only YAM Magazine. I approached Amy with the whole “I would like to write a guest blog for your magazine” spiel, and she said, “Sure.” I wrote my very first piece for YAM Magazine in late August and my piece about Ito Junji’s Uzumaki (a piece I titled “The Spiral Within You”) was added to their October issue — which would also be their last issue as a PDF.

Fast forward 99 posts and two and a half years later. YAM Magazine’s moved from a PDF to a web-based magazine with more writers and an extensive reach, and I’m still here. It’s completely crazy how the one place I ended up writing the most, long after the website I worked for ended its promotion via guest blogger routine, has also become a place that I’ve seen so much growth. I wasn’t there at the very beginning, but being a part of the journey as YAM Magazine moved from what it was to what it is now, I sort of feel like a proud cousin or something… HaHa.

In all honesty I had no idea what I wanted to write for my 100th post, but I knew I wanted it to be meaningful. Quite frankly, Amy’s the only person that I’ve written for who’s trusted me to be able to produce work for her that we can both be proud of. Other magazines I’ve freelanced for… well, let’s just say they want their writers to write a specific way to fit some arbitrary uniformity that appeals to, I guess, their base readership. I’ve never understood how producing a magazine that relies on a set of guidelines about how a piece is written can make that magazine remotely interesting. A style guide, I get. Every magazine worth its salt has one in order to keep the formatting of the publication stable and professional. I’m all for it. In fact, I give a bit of side-eyes to any publication that doesn’t have a style guide. But Amy’s the first one that didn’t put any limitations on how I write, no set boundaries on content or restrictions on my writing style. Let me tell you, if you don’t know, that’s definitely a rarity in the media world.

She suggested I think about the moments that were the most meaningful for me at YAM Magazine. I thought, well anyone who’s had the misfortune of following me here probably started doing so with my Journey of a Cassie series. Indeed, The List was probably the most fun I’ve ever had writing something ever. It was a long-form essay of sorts I concocted as a means to put some logic behind the spazz Julyssa introduced me to when she showed me my first DBSK video. After dying in a fiery pit of fandom craziness, I decided I needed to throw some sanity back into my world, thus The List. But those five posts are probably what I’ve become best known for. In fact, my piece about Jaejoong is what gave me the most recognition on the website, introducing me to some cool people, getting reblogged on various websites, and garnering any regular readers of my work.