The Banana Guide to Asian Entertainment: It’s All About Japan: Part IV 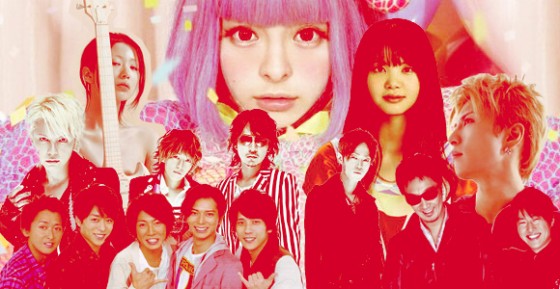 This has been the hardest part to write of my Japan entertainment exploration in the Banana Guide to Asian Entertainment. From the Movie/TV/Music spectrum, Japanese music is the least I follow.

I have no idea how much growing up with a dad who loved all kinds of music and had a Karaoke bar affected my own taste in music, but as I’ve mentioned before — Sukiyaki (上を向いて歩こう) [clip] was probably the first song in Japanese I ever sung or hummed to.

However, let’s be brutally honest — the rawest experience I had of an encounter with Japanese music came in the form of anime. Having grown up in the generation that grew up with anime series such as Candy, Captain Tsubasa, and Saint Seiya; the first song in Japanese EVER was MAKE-UP’s Pegasus Fantasy (ペガサス幻想).

Of course, many of us think of “anime music” when we think about Japanese music because anime is the most mainstream topic that comes from something that’s considered “cult.” Music that comes from anime series or songs are so popular that *cough* there are cover bands that sing covers of just anime (or video game) songs.

However, to simply view Japanese music as merely “anime music” is a crime. Just like there’s a LOT of variety in Jdramas and Japanese movies, there’s a lot of different types of music in the Japanese scene… one just has to learn where to find it. Music that comes from anime is just of VERY easy access. It doesn’t necessarily mean it’s bad. Just take a look at Asian Kung Fu Generation (アジアン・カンフー・ジェネレーション) and their theme song for Naruto, Haruka Kanata (遥か彼方):