How I Met Your Mother – Season 1 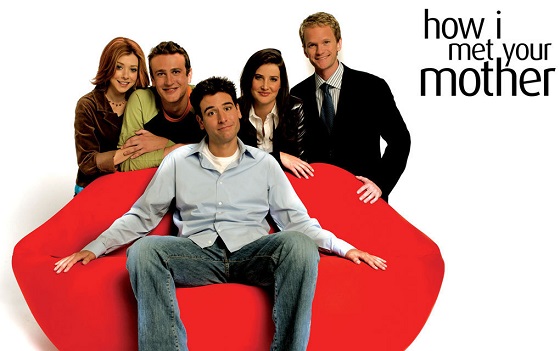 I haven’t seen How I Met Your Mother in its entirety except for on-and-off episodes from seasons 5, 6 and 7. For the most part, I found some of the episodes watchable thanks to the supporting cast while also wondering how the hell old Ted Mosby (voiced by Bob Saget) told his kids the apparently never-ending story of how he met their mother for 9 seasons. I know that reviewing the first season seems extremely late considering the show ended its run a few months ago with a highly controversial finale, but I just took a glance at the first season to see how it all began.

It alll begins in 2029 when old Ted gathers his kids Penny (Fonseca) and Luke (David Henrie) and tells his story, taking the audience back to 2005 when 27-year-old Ted (Radnor) was a single architect living in New York City with his two best friends from his college years; law student Marshall Eriksen (Segel) and kindergarten teacher/aspiring artist Lily Aldrin (Hannigan). When Marshall finally proposes to Lily after dating for 9 years since their high school days, this triggers Ted to think about marriage and finding his soul mate, much to the chagrin of his womanizing pal Barney Stinson (Harris), who pretty much spends his life wearing suits and seducing every hottie he can find while trying to mold Ted into his lifestyle.

In his attempt to find his soulmate and the eventual mother of his kids, Ted dates and flirts with several women and doesn’t succeed for several reasons. This season, Ted had two important dates: Robin Scherbatsky (Smulders), who wants to make progress in her career as a a reporter and doesn’t want to rush into a relationship yet she eventually joins Ted’s group of friends; and baker Victoria (Ashley Williams), who has made an impact (of sorts) in Ted’s life.

While How I Met Your Mother is for the most part all about Ted — it is his story, after all — the show works a lot better when we see the entire ensemble together because they’re pretty fun to watch. The show does feel similar to Friends in terms of its hangout format employing people about to reach their 30s living and working in the city. You can even say McLaren’s Pub is their Central Perk and comparisons are inevitable given that the show started a year after Friends ended its 10-year run, but How I Met Your Mother stands out differently thanks to its flashback-heavy narrative that goes into the past, present and future that helps developing its characters and giving resolutions and answers to what happens on every episode of the season. Plus, the show is actually funny thanks to its charming cast (Neil Patrick Harris in particular breaks out pretty fast thanks to Barney’s show-stealing antics and catchphrases that he pulls off effortlessly) and the several scenarios they go through in spite of its laugh track use that doesn’t get obnoxious [see: The Big Bang Theory after it got wildly successful] at all on the ears.

My biggest problem with the show is Ted himself. Josh Radnor isn’t to blame at all: he actually has his share of funny moments and he fares better when paired with Jason Segel, but doesn’t get to stand out stronger than the rest of the cast given the limitations of his character that makes him across as a bit grating to watch. Season 1 puts Ted and Robin into the “will they or won’t they” territory often and you end up feeling often that Robin deserves a lot better on her own thanks to how Cobie Smulders plays her with the material she’s given to work with. Also, you end up questioning yourself why the hell does it take so damn long for Ted to tell his kids — who even get tired of the story less than halfway into the season — but the cast’s antics and fun moments makes you forget about that aspect, sort of.

All in all, this season has been a pretty good start for How I Met Your Mother and I’m looking forward to check out Season 2 when I can, considering the Season 1 finale has a big twist for almost every character except Barney.