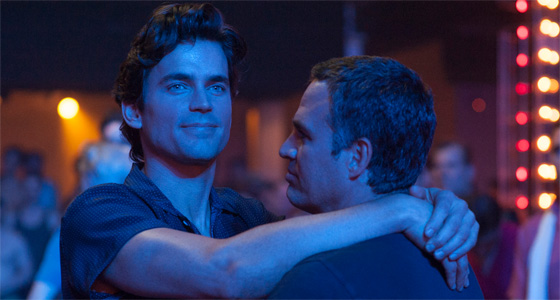 Though my relationship with Ryan Murphy has soured since some time during the airing of the second season of Glee, I do have a nostalgic soft spot for him because he brought Popular into my life, along the use of “Gwynethness” into my vocabulary. Plus, what’s not to love about Mark Ruffalo?

Unlike much of the stuff Murphy does, The Normal Heart is a serious HBO TV Movie based on the 1985 play of the same name by Larry Kramer, who is adapting his work to screen, about the HIV-AIDS crisis in New York City between 1981 and 1984, as seen through the eyes of Ned Weeks (Ruffalo), the founder of a prominent HIV advocacy group, who sees his friends and lover — Felix (Matt Bomer) — die one by one as the government refuses the existence of a public health crisis. If you knew anything about this period in LGBT history, you know the 80s was grim not-at-all the happy-go-lucky nostalgic childhood that we have.

Through all the pain and exasperation, preferring loud and public confrontation, Ned also deals with the power struggle within the advocacy group when pretty boy Bruce Niles (Taylor Kitsch) is voted to be the spokesman during this tough period, and his brother’s (Alfred Molina) nonchalant non-acceptance.

Also, Julia Roberts is in there in between as Dr. Emma Brookner trying to do as much research as she can on the new disease while being a tough cookie.

While Murphy’s skills as a director are noticeable, making this TV Movie look like a plain TV Movie considering HBO’s standards, bringing the play onto the idiot box is still a commendable feature. Though the script does an able job building a strong relationship between Ned and Felix, the rest of the ensemble suffers a lot, leaving little to do for even the big names like Roberts and Molina. I don’t even know how they nabbed so many supporting role nods for the Emmys. I’m kidding, I know- it’s HBO campaigning, of course they have money!

However, I’m not gonna lie, the strongest point in The Normal Heart is its acting, with both Ruffalo and Bomer playing their parts with much warmth and conviction, showing us the devastating helplessness of seeing Bomer’s Felix become less of the man he was and Ned’s inability to do anything. It’s heartfelt and it’s important, just like La Otra Familia should be to Latin American families, I just don’t know if it was a good fit for the HBO brand.

Do yourself a favor and do end up watching the 2011 documentary We Were Here.