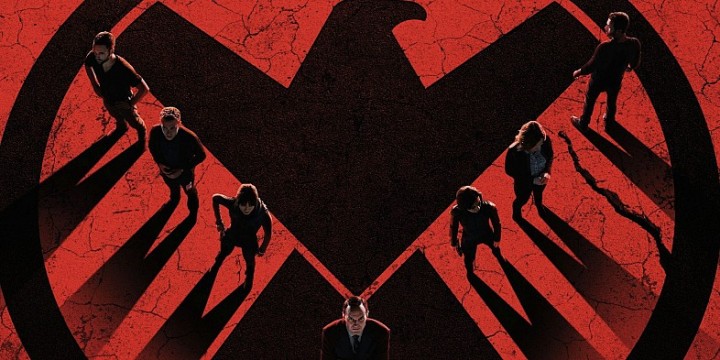 Note: This review considers that you have watched Season 1 because it sets up the beginning of Season 2. For optional viewing to get a better grasp of Season 2, watch Guardians of the Galaxy since elements from the film will be observed during the series.

I’ll admit this: it’s tough to give a damn about Agents of S.H.I.E.L.D. since none of the major superheroes appear here, and the first ten episodes did the show no favors in terms of lousy plotting and characters. I wouldn’t blame you if you gave up and never returned. I did that too until I noticed AoS was uploaded on Netflix and gave it a shot… once again. However, Season 1 started to improve a lot in the wake of Captain America: The Winter Soldier‘s events, and this one aptly continues the newly gained momentum for the most part.

This continues with the consequences of the ongoing battle between S.H.I.E.L.D. and HYDRA, as both organizations battle against each other. There’s a particular focus on the Obelisk, which happens to be the first ever 0-8-4 (object of unknown origin) and ends up leading the show into new-found territory with the revelation of the Inhumans, a group of people who possess special abilities.

Coulson (Gregg) and his team; minus now-HYDRA member Grant Ward (Brett Dalton), who is held captive by Coulson; gaining new members in Lance Hunter (Nick Blood), Antonie Triplett (B.J. Britt), Agent Mack (Henry Simmons) and Bobbi Morse (Adrianne Palicki). Coulson’s team is trying to restore trust from the government and public while also dealing with HYDRA, Ward, military man Glenn Talbot (Adrian Pasdar), Kree-related elements and the Inhumans… all of this while dealing with their own personal problems— Coulson’s leadership gets questioned throughout the season; Fitz (Iain De Caestecker) tries to cope with his near-death experience, as well as regaining his memories and dealing with his feelings for Simmons (Elizabeth Henstridge), the latter whom finds her original life dreams challenged; Melinda May’s (Ming-Na) dark past is explored; Lance and Bobbi deal with their past issues as a couple; and most notably, Skye’s (Chloe Bennett) origins are finally addressed when she meets her biological parents, which are triggered by Raina (Ruth Negga), and it’s not really good news.

Thinking about this season, it does make sense why Skye was written to become a huge deal from the beginning of AoS. Despite HYDRA versus S.H.I.E.L.D. carrying the season at the beginning, Skye never stops being important. This becomes more evident during ep10, What They Become, which shifts the balance regarding the battle between HYDRA and S.H.I.E.L.D. and gives Skye’s storyline a major boost, which involves father Cal (MacLachan) and mother Jiaying (Dichen Lachman). AoS reveals who the family members truly are, resulting in a strong payoff for the build-up Skye received throughout the season. Chloe Bennett rose to the occasion regarding Skye’s new dynamics, but MacLachan’s performance (the best in the series) as Skye’s estranged father who has the qualities of a smart, caring father and devoted husband intertwined with crazy violent rage that steals the show.

In stark contrast to the first season, this feels a lot less restrained… except for that forced Avengers: Age Of Ultron tie-in during ep19, The Dirty Half Dozen, which put a pause on storylines such as Robert Gonzales (Olmos) from the “Other S.H.I.E.L.D.” going against Coulson, Ward’s involvement with Agent 33 (Maya Stojan), Skye’s involvement with her parents, among other minor ones. At least, the flashbacks involving Peggy Carter (Atwell) are grounded on the main storylines while the appearance of Sif (Alexander) in ep12, Who You Really Are, sort-of ties into the Inhumans storyline, and didn’t stall character development for Skye, Hunter and Morse.

Those episodes aside, AoS shines much better now thanks to several plot twists, better pacing, switching of antagonists, change of gears in storylines, stronger individual characterization (De Caestecker’s Fitz changing throughout the season is a major highlight) as well as showcasing great character pairings/dynamics and better action/fighting scenes. For the most part, it is its own show now. Why almost? It’s still dependant on what happens in the MCU films– Captain America: Civil War might affect the next season, but it is now fully capable of telling its own stories, and the two-hour season finale — which could have worked as a series finale if it wasn’t for the post-credits scene that requires follow-up — proves that point.