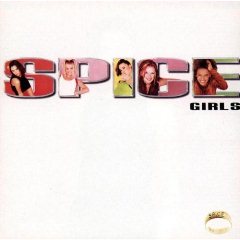 There aren’t enough words in the English language to actually properly convey the impact the Spice Girls had on my life. Truly, I think it may be the first time I legitimately spazzed over anything that wasn’t Disney related.

I remember exactly where I was when I first heard a group that would change everything I knew about pop music. I was in the car, waiting for my mom to get off work. She’d left the radio on. I don’t know what was happening before or what happened after, but all of a sudden this loud chick comes through the speakers, talking about some, “So I’ll tell you what I want, what I really, really want!” And here’s me: eyes bulging out of their sockets, breath coming in small pants… officially having my first fangirl panic attack.

When we talk about true, honest to goodness pop, the Spice Girls encapsulated everything about the genre that we love: camp, catchy hooks, and unbridled energy. The quintet was by no means the strongest vocally. They weren’t models with angelic voices. But that’s probably what endeared them to millions upon millions of fans worldwide — they were down home girls who through a bit of happenstance were brought together to give us music that would forever touch us.

To this very day, Spice may be one of the most perfect pop debuts of any group in the history of pop music. At any other time, this would be nothing more than exaggeration from a rampant fan; however, the numbers don’t lie and neither does the adoration of the group’s hordes of fans. The opening track and lead single (Wannabe) was a flash in the pan, a moment that could have easily faded. But the group followed it up with decidedly more R&B-tinged pop (Say You’ll Be There).

Thus the brilliance of the album. Though clearly pop, every track had something different to offer every listener. Everyone in my family loved this group, the fascination with the bold, loud and proud females from the UK extending to even my grandmother — someone brought up on the Blues and pure Soul music. But Spice was more than just a raucous bit of teeny-bopper pop. Though their outlandish costumes and crazy personalities attracted a very young audience, the lyrical content was mature, ranging from anything to the desire to be held in your lover’s arms (2 Become 1) to exposing the heart, body, and soul to the world for some sense of emotional closure (Naked). It was the type of pop album that forced makers of the stuff to reach for something more than the same sugary songs about love and kisses.

Though it won’t exactly win any prizes for being socially conscious, it was a new twist to the repetitive tropes of boys singing in the rain with their shirts open and stealing young girls’ hearts. Spice showed the world that even within the makeup of a group constructed by a fledgling record company, there was great individuality yet unparalleled unity. The message was strong and rang true throughout the world. The ladies were here to spread “Girl Power” and give women all over the world the confidence to let their ambitions run free without judgment or fear. If nothing else, Victoria, Emma, Mel B., Mel C., and Geri carved themselves out a deep slice of pop culture and remain the most successful girl group to do so.

Standout Tracks: Wannabe, 2 Become 1, Who Do You Think You Are, Something Kinda Funny, Naked, If U Can’t Dance

You can listen to the album at Xiami and Spotify. You can purchase the album at Amazon as a CD or MP3 album and on iTunes.

Review written as part of the YAM Magazine Time Machine Blogathon: Back to the 90′s.