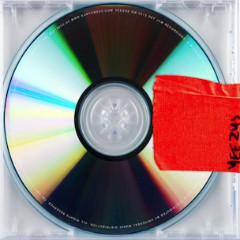 For all the hoopla surrounding Kanye West’s life and his exploits, it’s easy to see why people would refuse to take his work seriously after his College Dropout days. West’s latest release is somewhat overshadowed by his public appearances and his notoriously brazen opinions and even very public “meltdowns.” That being said, there are still many who look past the media circus and dig deeper to find the substance, something West has much of if you dare to scratch the surface.

Truth be told, I was more than a bit hesitant to give Yeezus a chance, not because of what appears to be a dramatic decline in mental stability. But because in terms of quality his work has been hit or miss lately. However, this latest effort is smart, powerful at times, and most certainly a viable outlet for his frustrations with himself and the world at large.

What most people focus on is the spectacle, disregarding that the mainstream media has always found its entertainment in the supposed devolution of very high-profile Black figures. Kanye West is no exception. From his, what many thought outrageous, comments on George W. Bush after Hurricane Katrina, to his latest interviews where he’s completely opening himself for criticism and ostracism, it’s safe to say the public is having its way with the artist, gladly throwing tomatoes, then returning to pick his bones. Without a doubt Yeezus is a more constructive outlet for West.

Though grossly pretentious, Yeezus is an intelligent title. Just as Jesus was a martyr, so West feels he is. In the way he’s manipulated his name, his making himself a martyr, putting his own ego on a platform, then in some way crucifying it in a very public fashion. Though many would argue this is just another example of his public eccentricity and ostentatious narcissism, the lyrical content of the album suggests a mind riddled with anger, self-dissection, and at times self-hatred.

Though Yeezus contains a few songs that are unnecessarily tasteless (I’m In It, Send It Up), much of the album is equal parts commentary on the circus that is his life (On Sight, I Am A God, Hold My Liquor, Blood On The Leaves) and even more surprising, very aggressive, unfiltered social commentary (Black Skinhead, New Slaves), told directly from the eyes and perspective of a Black man who volunteered to stand in the middle of the proverbial city square and act as jester for our consumption.

Much of the brilliance of Yeezus, however, gets swallowed by uninspiring music and overuse of autotune. That being said, West used this album to point fingers to everyone, including himself. Even his sale of track Black Skinhead to different name brands is contrary, allowing the public to consume its own ignorance. It’s at times a grimy album, acute and exacting. Though he doesn’t go nearly far enough, simply skimming the first layer of his conscious, this raw side of Kanye West is welcome. I hope he’ll go a bit deeper in his next efforts, offering more cohesive work that lacks the superfluous nonsense.

You can listen to Yeezus on Xiami and Spotify. You can buy it on iTunes and Amazon (CD, MP3).