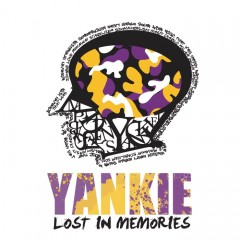 Stepping out into the spotlight on his own, Yankie of the hip-hop duo TBNY, released his first solo album Lost In Memories. The album boasts an amazing line up of featured artists, high quality production and amazing lyrics.

Yankie steps up to the plate on his own and proves that he’s not just half of a hip-hop act, he’s 100% original all on his own. With tracks like Cup Memories that have a 1930’s Spanish cantina feel, it’s hard to box this album into one style of hip-hop. The collaborations are on par with Epik High and Drunken Tiger, which makes sense because Yankie (and TBNY) are part of The Movement, a collection of hip-hop and rap artists in Korea.

Yankie brings a little fight to the table on Happy Birthday (BORN DAY) making reference to T.O.P. of Big Bang’s single Turn It Up. I like when rappers reference each other and poke fun, it’s like indirect rap battles. On Stabilizer he takes things to a new level mixing industrial, dubstep and hip-hop into a song that blows my mind. Yankie slows down on Runaway in a sound that reminds me of Epik High’s Over. When Yankie sings, “Yankie’s runnin’ away”, I find myself thinking, “Come back!” With a steady flow, great beats, and a variety of styles, this album is not to be missed.