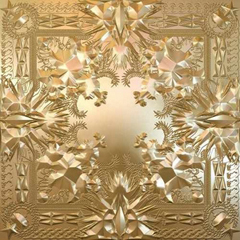 Considering that Watch The Throne mainly features two big names like Kanye and Jay-Z, you would think that great things can come out of a collaboration. But after giving the album a listen, I think that it’s pretty overhyped. Don’t get me wrong, the production value for Watch The Throne is really great, but most of the tracks aren’t really spectacular by any means, with a few exceptions.

The track including Beyoncé (Lift Off), while radio-friendly, made me feel embarrased for listening to it. However, Otis sounds really amazing thanks to both rappers killing it greatly while sampling “Try a Little Tenderness” from Otis Redding. To quote Kayne on Otis:

It sounds so soulful! Don’t you agree?

Watch The Throne is actualy a good album as a whole, but let’s be honest: both Jay-Z and Kanye West have done better before.

Best tracks: Otis and Gotta Have It.