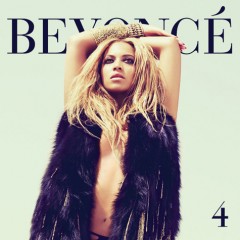 Seeing Beyoncé Knowles strut it out with Destiny’s Child on sidewalks (No, No, No Pt. II), street restaurants (Girl) and in pastel-colored rooms (Say my Name) is some heavy foreshadowing to the star she would eventually become. Legendary divas have come and gone in the years Beysus has been in the business. And still, Beysus is bringing the fire to the table.

Pop is a more saturated place now, and yet she’s still the reigning performance diva, an arguable counterpart to the more… flamboyant antics of Lady Gaga. Sure, Britney’s back to doing her hair flips and her fierce arm dancing, and Christina’s still tearing the scene up with her unmistakable (though sometimes grating) voice. But Beyoncé still sings and dances like her life depended on it. Though her fourth solo album 4 is a quieter affair than her past works, there’s still the bubbling ferocity.

The thing about 4 is it’s pointedly different from her other records. Beyoncé’s known to stick to the heavy bass and glamour of R&B/hip-hop/pop fusion, with a big dollop of her soulful vocal. But 4’s a little more akin to Adele’s 21, both comprised of a hearty serving of wrenching ballads, but differing in lyrical context and emotional delivery (Beyoncé commands her audience to love, Adele just depresses everyone) – definitely not a bad thing, since Bey’s voice sounds like butter, but a tad underwhelming.

Post-heartbreak R&B songwriter Frank Ocean (of hip-hop collective OFWGKTA) provides a modern, Drake-like vibe on the short but sweet I Miss You, backed by a wall of warm Beysus harmonies. The scorching 1+1, written and produced by The-Dream, fully showcases that stunning voice atop live instrumentation, versus the electro-synth computerization dominating the charts of modern pop. And while 4 is soaked in 70s/80s soul influence, her large clumps of gut-wrenching balladry take a slight dive into the droll – seven slow/midtempo numbers can be a little sleepy.

Though 4 is a huge contrast to what the pop landscape sounds like, it at least provides some club fodder for the fickle masses. Commercial flop Run the World (Girls) was an unlucky bit of celebrity. Mashing up Major Lazer’s dizzying dance hit Pon De Floor with the Beyoncé Knowles is theoretically a great idea. And it really is – Girls is brash, anthemic and an appropriate choice for lead single. But it wasn’t the best representation of 4. It’s more a “chill at home with your man” album, than “get ready to dance my face off” soundtrack. A genuine growth from her more bootylicious roots, a tad bland, but growth nonetheless.