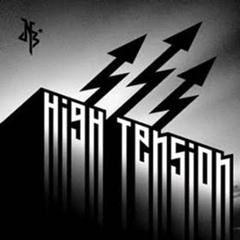 No Brain is the biggest and most well known punk band in Korea. They’ve been around for 15 years now, making them the OGs of the Korean punk scene. Those of you more familiar with the Korean pop scene might recognize them from their collaboration on Oh My Friend with Big Bang back in 2008.  Their last full-length album was released in 2007, but they have had a few single releases in between. So it’s exciting to have an entire album from them after such a long time.

As usual, the lyrics are what drive this album. I admit, I’m not fluent in Korean, and translating is a chore, but I feel that the lyrics are important to this album. The album starts off with  굼벵이 (Cicada Larva), a great song lyrically and has the high energy typical of No Brain. It speaks of the long wait of the cicada while it’s growing in the cocoon and the freedom it feels when it finally breaks out and tastes freedom. I think lots of people can relate to lyrics like that.

The first single off the album, Radio Radio, has an interesting disco electronic hook in the chorus that reminds me a bit of Telepathy, but I like that No Brain is mixing things up. This song is simple in lyrics, talking about hitting the town and enjoying the night together. And speaking of changing their sound, Tattoo has a great classic rock vibe to it. The guitar riffs in it remind me a lot of late 70s/early 80s metal. No Way starts with an awesome drum-line and it leads into a hyper energy level song that simultaneously makes me want to head bang.

In the end, High Tension is full of  fast paced songs that will ironically help relieve your tensions as you listen. Punk, in general, is fast, short songs with good lyrics that send a message to the audience, and No Brain whole-heartedly lives up to these standards.  I’m happy to add another hard hitting No Brain album to my collection of music I can listen to when I need energy.