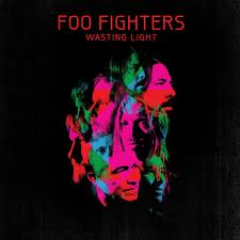 Wasting Light is the seventh studio album recorded by Dave Grohl’s Foo Fighters. This album was recorded at Grohl’s garage with a back-to-basics approach, using only analog tape for recording and including Butch Vig as the album’s producer  — as well as collaborations from Hüsker Dü’s Bob Mould (Dear Rosemary), ex-Nirvana bassist Krist Novoselic (I Should Have Known), Motörhead’s Lemmy making an appearance in the White Limo video and the return of Pat Smear to the band since the Foo’s second album The Colour and the Shape.

From start to finish, this is a rock album that sounds raw and heavy, but rich in melody and sound along with a pop feel in terms of song structuring and the choruses (mind you, Grohl revealed that Wasting Light was inspired by ABBA and the Bee Gees). Given the quality that most of the songs boast, Wasting Light may easily be one of the Foo Fighters’ best albums due to its consistency throughout all the tracks, and it is strong evidence as to why they’re still regarded as one of the world’s best rock bands.

Best tracks: It was hard for me to choose a favorite track on this album, but Arlandria and These Days stood out to me the most.

Preview on Soundcloud.com until April 12. | Like it? Buy the album on Amazon.com