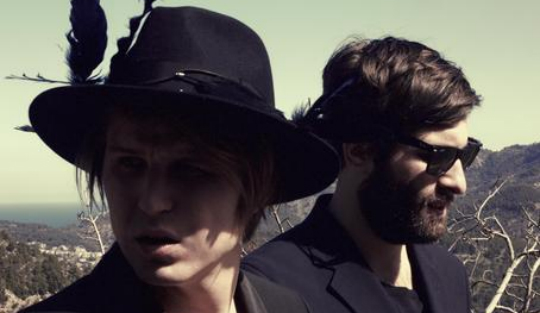 Can I just squee for a second here? Serenade consists of Markus Krunegård and Adam Olenius  (Shout Out Louds). Sorry, but my Swedish indie heart goes flipper-flapper. I used to love the Shout Out Louds so hard! So I got this in my mail, gave it a listen and fell in love (I know, I’m so easy).

Serenade is a new Swedish band that starts its maiden voyage today when the song Birds is released for free download on www.theserenades.com

But as early as next week, April 18th, Serenades will  release their four-track debut EP, Birds.

During the spring they plan on completing the recordings for their upcoming album, scheduled to be released in late summer/early fall.

John Lennon laid on his back and sang, weary of his own voice, to find a new one. When we, a couple of years ago, realised that our voices combined became a new, better voice it was a small revelation. Two self-tired men became a newborn and this is actually also the discovery that Serenade is based on. Try to sing the same thing at the same time with a close friend and you’ll understand the greatness. No yoga in the world has ever come close to that feeling … After working in silence for a few years with this music is Serenades right now is the most important thing in our musical life. Nice to come out.