How to Destroy Angels – A Drowning (Sasha Raskin Remix)

As a big fan of Nine Inch Nails, I have always been up-to-date with all the comings and goings of NIN frontman, Trent Reznor. How to Destroy Angels is one of his latest projects, for which he teamed up with his wife, Mariqueen Maandig-Reznor, and longtime collaborator Atticus Ross. Their self-titled first release, a six-track EP, was released on June 1st, 2010 to moderate critical acclaim. A Drowning was the first officially released single from this EP, and was made available for free download weeks before the EP’s release. 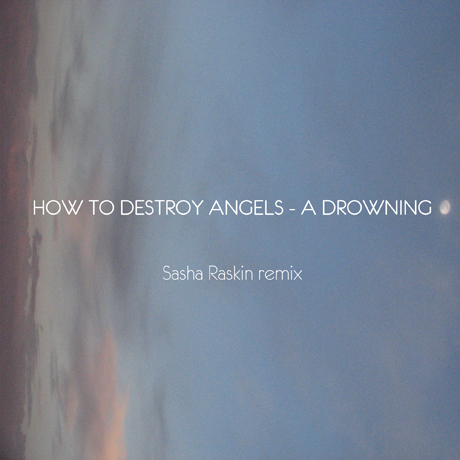 How to Destroy Angels (a name taken from the eponymous release by industrial pioneers, Coil), at a glance, is the poppier, synth-crazed side of Nine Inch Nails with a female voice and dark, moody lyrics. For How to Destroy Angels, Reznor chose to remain close to his usual aesthetic, staying within the limits of his comfort zone. It is chock-full of Reznor’s trademark piano lines, synthesizer beats and effects heard on previous NIN releases, and the all-too-familiar gloomy lyrics that made Trent Reznor the idol of sad goth kids all over the world in the 90s.

A Drowning is the last track of the EP, and it serves as a calm and atmospheric closer to a beat-oriented release. Its focal point, certainly, is Mariqueen Maandig-Reznor’s voice, which is subtly enhanced by low-key piano lines from Reznor. Sasha Raskin’s remix takes away some of her spotlight by adding his own voice over hers. Synthesizer beats and effects turn the originally introspective track into a more upbeat, energetic venture, while the orchestral work gives it a catchy, dramatic edge.

While I can’t call myself a fan of the original track, Sasha Raskin’s remix earned it some points in my book. It’s not a particularly good remix, but it adds some interesting elements to a dull, flat song.