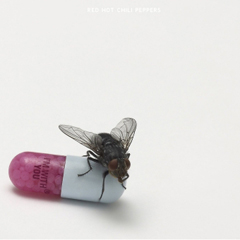 “This album has been one of evolution. Before, some of our jams were a bit hit-and-miss. On this record, a decent number of songs were actually thought out and planned in a way we had never done before. That is, with Flea’s new knowledge of music theory, we explored the writing process with a bit more precision.”

Red Hot Chili Peppers have lasted together for 28 years and now they’re unleashing their 10th studio album I’m With You, whose theme is about life and death. However, John Frusciante departed the band for the second time. He’s now being replaced by Josh Klinghoffer, a close friend of Frusciante and the band who has jammed previously with Gnarls Barkley, Beck, PJ Harvey, The Butthole Surfers and with Frusciante himself. The biggest question for me before listening to I’m With You was how would the Peppers fare with their new guitarist.

As far as Josh Klinghoffer goes, he’s actually a good guitarist on his own account. He shines better on songs such as Brendan’s Death Song, Ethopia and Did I Let You Know. But listening to the album a few times made me feel that there’s definitely a hole in the band with Frusciante’s departure. The lead guitar in I’m With You doesn’t feel inventive and/or flashy by any means, which was something you could feel in previous songs from the Peppers when Frusciante played. Case in point, a good portion of the songs rely on Flea’s skills, who is still going strong in what he does as a musician.

Despite the changes in the band, the Peppers can still pack songs that are worth the listen, ranging from rock songs with a funk touch, party songs, piano rock songs and rock ballads.

Brendan’s Death Song — a tribute song to friend Brendan Mullen who passed away on the same day Klinghoffer joined the band in 2009 — is by far the most poignant song of the album. You can feel the pain on Kiedis’ vocals, who mourns the loss of the band’s friend. Prior to his death, Brendan was working on the band’s autobiography and he was one of the first people to give the Peppers a chance to showcase their talents. Brendan’s Death Song is definitely one of the best tracks of the entire album, showing the band at its finest.

As mentioned before, I’m With You also packs party songs and that’s one of the indicators of change in the band along with the piano rock songs (see: Police Station, Even You Brutus?). The band’s first single, The Adventures of Rain Dance Maggie, is an example of the changes RHCP experiments with structure-wise. Better examples of this are Did I Let You Know and Dance, Dance, Dance. Both songs really want to make you dance, the former featuring lovely afrobeats with an island feeling while the latter is a very relaxing, happy song that ends the album on a good note and feels U2-like to me.

In the end, there is still life left in Red Hot Chili Peppers thanks in great part to Anthony Kiedis and Flea. But I’m With You lacks the edge that their last three albums had, despite being a good album.

Best tracks: Brendan’s Death Song and Did I Let You Know (This I Know)