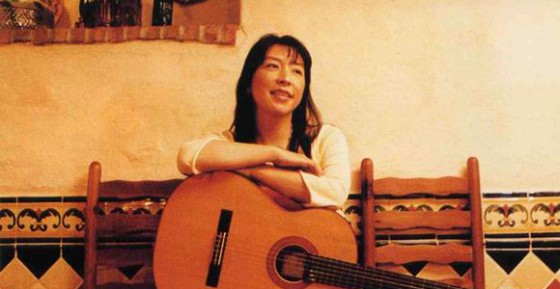 I remember when Ricky Martin exploded into the worldwide pop scene with those shaking hips, and really tight leather pants. Everyone went pretty nuts about it, and launched the careers of many from Enrique Iglesias, Marc Anthony… Jennifer Lopez, and Shakira – who’s stayed a blond since then.

But before them, there were other songs that did their rounds around the world. Possibly the most popular ones are La Bamba made famous in the 80s by Ritchie Valens, and Consuelo Velázquez’ hit Bésame Mucho.

In this list — no order preference — of songs by Asian musicians with some Latin flavor, some have decided to give songs their own spin, some others have done lyrics in their own language, and others are giving the language a spin.

Possibly one of the most recognized Latin songs around the world. It’s passionate, it’s longing and fear, all into one song with smokey vocals. It’s hard to believe Velázquez was only fifteen when she wrote it.

The song is so famous that is the easiest song to find a cover for. From movie soundtracks, to live performances from renown artists, to contestants. Like Vietnamese singer Bach Yen’s version, with a very nice accent, or Japanese-Brazilian singer Lisa Ono’s version.

But how about One Million Star 2009 runner-up Rose Liu (劉明湘) featuring the Herb Jazz Quintet?

Continuing with Lisa Ono’s music, since she’s Brazilian-born, she has an advantage with Spanish and Portuguese pronunciation, and her version of ¿Quién Será? is a proof of that. The song written by Mexican Pablo Beltrán Ruiz.

Obviously, if we talk about Latin songs, everyone’s going to be mentioning Ricky Martin. Though, South Korean Shin Hye Sung, from boyband Shinhwa, did an excellent job with his version… we gotta give it to Japanese Hiromi Go for his version of the song titled Goldfinger 99. Seriously.

Since we are talking about Hiromi Go, why don’t we also discuss his version of Spanish singer David Bisbal’s Oye el Boom, which Go changed to simply Boom Boom Boom.

Though originally a song by Bolivian group Los Kjarkas called Llorando se Fue, the song exploded into the world pop music scene with the French/Brazilian version of the song Lambada, sexy dance on the beach and all.

Dance on the beach indeed with this version of Akemi Ishii.