Chris Lee – Old If Not Wild 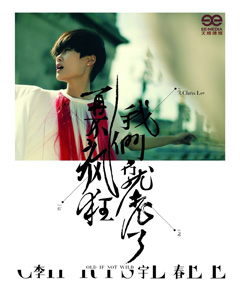 You can call it anyway you want, the truth seems to be that Chris Lee sings like only Chris Lee can. Her latest album Old If Not Wild (再不疯狂我们就老了) is a testament to that, even more so than The Dancing Artist was.

This album begins with Years Like Fire, a pop song of pop rock flare that speaks about the passion and thrills of being young, seizing life when you’re able and not having to wait until you’re too old. We can all relate to that. A song adorned with simple vocals and a basic guitar riff that may sound generic, but it’s immensely pleasant. Old If Not Wild tends to forgo any resemblance to heavily autotuned electro dance pop, favoring heavy, simple, piano-driven pop songs and the staple Latin-influenced track which has been a popular genre with Lee [1] with songs like Deaf.

The album moves forward with a simple piano accompanied by swelling strings to give Moon on the Sea a certain resemblance to Shiina Ringo’s Carnation [MV], even though it lacks the intricacies of Ringo’s sound and voice, Lee’s song has a certain warmth and charm of its own, giving the public a sound so stripped down to its barest that it just becomes Chris Lee’s distilled sound. A similar effect, though not exactly equal, is achieved with At that Moment.

More produced songs, like Lifeblood or Hello Baby, do have modified electro vocals that stray away from the simplicity of the concept of the album, but have predominant elements with rock & roll and disco flavors to not be full-on dance tracks. While songs like Say Goodbye or Forbidden go back to the subtle pop rock — slightly electrified — with very simple lyrics, a characteristic that has plagued Chris Lee’s discography since choosing to write her own lyrics instead of having a lyricist do it for her.

In the end, Old If Not Wild is aptly closed with the title song, which goes hand in hand with the album opener and is a nice touch, even if the album isn’t a whole. It’s an enjoyable album that’s radio friendly, but it lacks some meat — a stronger concept, and Chris Lee’s guts to stick to it throughout.

Highlights: Moon on the Sea, Years Like Fire, and Old If Not Wild.