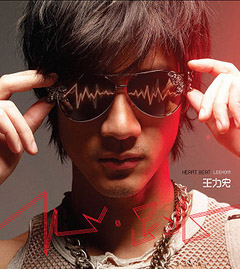 To some people LeeHom Wang is taking the music industry by storm alongside other popular musicians who are creating the new music coming out of China. But the fact is Heartbeat (Xin Tiao) is LeeHom’s 13th album. When I began listening to him, I had a preference for his ballads, but as I grew more accustomed to his sound, I began loving his Chinked-Out style more.

On Heartbeat, LeeHom continues his departure from R&B and Hip-Hop sounds and plays more with rocking electric guitars and a Rock&Roll flare. People not used to Rock&Roll (think Jailhouse Rock) will not love this departure, and would wish the return of the old him. Sure, this album might not be his greatest work, but he might be getting there.