How R&B Has Lost Its Soul

A very interesting article was passed to me a few weeks ago bemoaning the current state of R&B in America [1]. Truth be told, while it’s a debate that’s been beaten like the proverbial dead horse, it’s one that still bears consideration. How is it that a form of music so integral to the individualization of Black Americans becomes something of a farce in their hands?

Further, how do our White counterparts in Great Britain manage to inflect their R&B with so much soul and grit while we in America are stuck perpetuating a sound lacking in the very rhythm and blues of its namesake? 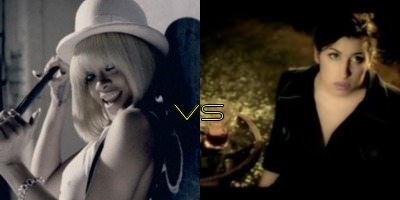 It’s hard to pinpoint exactly when the shift in R&B became so drastic; however, one thing’s become perfectly clear: we’ve lost the plot as far as creating music that’s emotional and charged with honesty. Somewhere between the tail-end of the 90s and 2005, all music seemed to be settling into a very disconcerting pattern of regurgitated sounds and beats, voices that were all seemingly the same type of monotone without any real inflection or depth. However, there was always R&B. Even when there seemed to be a drought of actual significant lyrical content, there were always the voices and the music that never wavered in precision and scope.

It seems in an attempt to become more commercial, instead of settling for the genre in which many Black artists and entertainers felt ghettoized, producers and record companies jumped on the Gaga bandwagon and went for music that was more technology than soul, more dance than rhythm.

However, the Brits seemed to believe that Soul music and R&B were just as marketable and appreciated on mainstream radio as the dance tracks that were filling the clubs and selling records overseas. How strange that the two paths of two musical giants could diverge so drastically.