You guys recorded your debut after winning the Time Out/Diesel We’ll Make Your Album contest. How was the process of that and how much did you enjoy working on the album?

I’d say that’s a really interesting yet challenging experience for all of us.

Actually, at that time we were informed that we’d be recording our debut album, we actually didn’t have a bassist at that moment, as she had left just a month before. We were given a month’s time to finish the whole recording of ten tracks, which is quite a short time. So we learnt to organize everything systematically, from setting up schedules, estimating the recording time, etc. 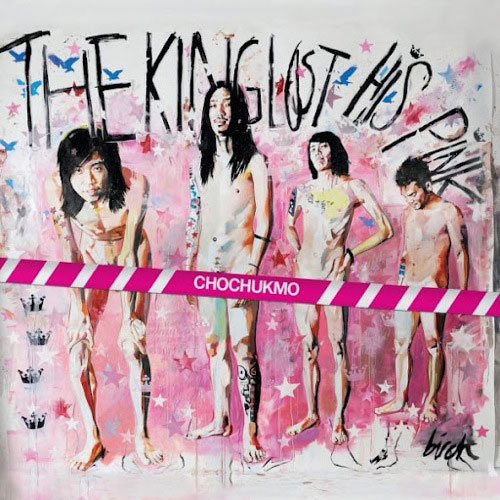 As The King Lost his Pink is our first proper recording for an album, we’ve learnt a lot from the experience, like how to get a good sound but try not to waste too much time, control the recording time, as one could never achieve the “perfect take” in one’s heart. Since we didn’t have a bassist at that time, the guitarist had to record most of the bass line, while also trying to get a friend to help record a few.

We had some frustrating moments during the recording, when facing such a packed schedule. But when the album was done, every frustration has turned into a memorable experience and a experience that would make us smile.

Your music has a lot of influences, you can tell from listening to tracks like Number One, which gave me a heavy Spanish vibe… but since you’re a staple of the Hong Kong indie scene, I’m rather surprised you guys perform all your songs in English instead of Cantonese or Mandarin. Is there a reason behind that?

We’re five people who get bored very easily. If we have to have ten straight forward rock n roll tracks, it’s not like we don’t wanna do it, but we just simply can’t. We always want to write music that’s fun to play. We are the ones we want to satisfy first hand, that’s why we’re trying to put a lot of different elements into our music to make it more fun and enjoyable to play.

As Hong Kong had been a British colony before 1997, we actually grew up listening to mostly English songs when we were young. Hong Kong was very different from the rest of China in those times. We were able to be in touch with a lot of cultures from the west back then. That may be one of the reason why when we write, we write in English.

Another thing is, in our eyes, this planet earth is a global village. We’re trying to deliver our music to more different places of this world, that’s why we think English would be one of the languages that most people would understand.